Primed for investment mistakes | Value Research https://www.valueresearchonline.com/stories/31971/primed-for-investment-mistakes/ Most of us believe that we are far better at making investments than we actually are 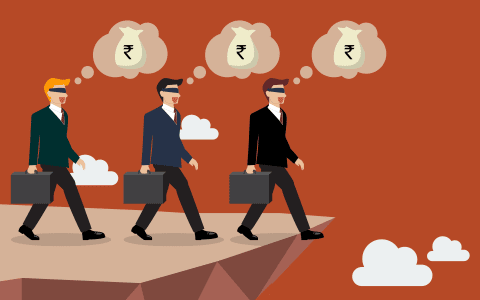 Some months ago, there were a spate of articles about why most investors think that they are better at investing than they actually are. This is a widely recognised phenomenon and has been the subject of some serious psychological studies. The interesting finding is that people tend to prove to themselves that they are better than they are actually using two different techniques.

One is to enhance the role of any external negative factors. If they made an investment and it sank, then it is blamed on some external event. The external event needn't be anything global, it could be just personal, like someone making a misleading statement. Two, people actually rewrite their memory of what happened. In conversations, people actually seem to forget the decisions they took which led to poor outcomes.

Of course, it's just one aspect of a general phenomena which is obviously not limited to investing. We do it in everything. It could be traffic accident where the other person is always at fault, or poor performance at work for which colleagues or the boss is at fault, or the businessperson whose customers behave unreasonably. We observe these traits in the people around us all the time and instinctively know that it's part of human behaviour.

However, when it comes to investing, there is a third psychological distortion at play, which is optimism. Having an optimistic nature is a great advantage, in investing as in everything else in life. The very act of equity investment is one of optimism. Someone who does not take a sunny view of what the future holds will probably just put money in a safe deposit instead. However, optimism expresses itself as overconfidence in investors. The sunny future could just be a fantasy. The balance between too much optimism and too little often proves hard to maintain.