Looking beyond the rear-view mirror | Value Research https://www.valueresearchonline.com/stories/31970/looking-beyond-the-rear-view-mirror/ Developing the skill to identify asymmetric opportunities is what separates great investors from the merely good investors

Looking beyond the rear-view mirror 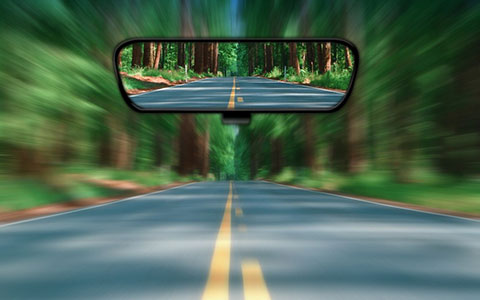 Mr. Chintamani prides himself on being a good investor. He never purchases any company trading above a certain PE multiple. He carefully analyzes the historical performance of the companies he buys, making sure their revenue and EPS have been growing. He also has a checklist of qualitative parameters that every company he buys must meet. Only after this thorough research does he admit a new stock into his portfolio. A person like Mr. Chintamani can take justifiable pride in his approach, but will never achieve great returns investing this way.

In 2007, Steve Jobs quoting Wayne Gretzky said, "I skate to where the puck is going to be, not where it has been." And we've always tried to do that at Apple. Since the very, very beginning. And we always will."

People like Mr. Chintamani will never be able to spot the next Apple, since they seek the comfort of past numbers. That's where the biggest gains have been made. Yet, understanding the evolution and story of a company like Apple involves more than just looking at the historical numbers. It involves being able to visualize where the puck is going to be. It means embracing a certain level of uncertainty.

Take the case of Symphony, known for its air coolers. The company IPO-ed in 1994 and was bankrupt by 2002. Its mistake? Diversifying into a range of products and attaching the Symphony brand to them. Customers wanted Symphony air coolers, not Symphony flour mills. Their shares could be purchased for a low of 55 paise during their bankruptcy in 2002. After a re-structuring and shedding all product lines other than their core product of air coolers, the company became debt-free by 2007. The share price recovered to ₹ 7.5. Since then, the company has been on a tear, and the stock now trades at ₹ 2300. Had you bought the stock at its 2002 low, you would have compounded at 81%. Sure, that's a terrific return, but there are many such stories that can be identified with hindsight. What's surprising is that had you bought in 2007, once they became debt-free and focused on their core, you would have compounded at 89%! You would have made a higher return, with far lower risk.

Mr. Chintamani would never have bought into such a turnaround play, since he only looks at the numbers and does not look at how the future will be different from the past. Developing the skill to identify such asymmetric opportunities is what separates great investors from the merely good investors.

Parting thought:
"You can either have comfort or great prices. Pick one." - Rick Rule, billionaire investor in the global natural resources sector