The Colder War | Value Research https://www.valueresearchonline.com/stories/31752/the-colder-war/ The Colder War is a riveting tale of how Russia is jockeying for the leading position in the natural resources market and how it can affect the world economy

I stumbled across this book the old-fashioned way, while browsing through an actual physical bookstore (yes, those still exist!) and I knew I had to buy it immediately. The book did not disappoint. Written by Marin Katusa, a hedge fund manager focused on the global natural resources market, the book (published in November 2014) is a riveting tale of how Russia is jockeying for position as the leader in this space, with Vladimir Putin masterminding the whole plan. While this may sound outlandish, Marin actually has the facts to back this up.

Marin walks us through the history of post-USSR Russia to give us a glimpse of the environment which shaped Putin. He hints at Putin's role in the atrocities which helped his rise to power. The Russians had earlier waged a bloody and drawn out war in Chechnya which was a failure in terms of public perception. Putin needed a win.

Enter a series of bomb blasts in apartment buildings, purportedly by Chechen terrorists, but in truth orchestrated by the Russian security agency FSB, the successor to the infamous KGB. Putin was an ex-FSB man. Investigations into the bombings ended with the convenient death of the investigators, hence the connection was never officially proven.

Just as with Bush and the Weapons of Mass Destruction (WMDs) smokescreen used to invade Iraq, Prime Minister Putin seized the opportunity to invade Chechnya and scored a swift military victory, setting the stage for his presidency. Once President, he took down the billionaire capitalist CEO of Yukos Oil (his most outspoken critic and spoke in the wheel of his plan to nationalise the oil industry). A string of murders and prison convictions later, he achieved his goal. The next steps were to seize control of the natural gas and uranium industry, which he achieved with the state owned companies Gazprom and Rosatom.

Marin then walks us through the Middle East conflict and the geopolitics of the region. He takes aim at US foreign policy while eulogizing Russia's approach. He sees Putin's hidden hand in everything affecting the resources industry, and concludes that the implication of all this is that the significance of the US dollar will fade as more trade happens in Russian Roubles, Chinese Yuan and Brazilian Reals. He sees the dollar's demise as baked in the cake, due to the US government's runaway fiscal deficit and huge debt load. His advice for readers is to own gold, foreign currencies and invest in the junior resources sector to profit from these trends.

Marin paints a very dim picture for the US and the US Dollar, and makes quite a convincing case for it. That is the only part of the book I don't agree with, and I will leave you with 4 charts that summarize why: 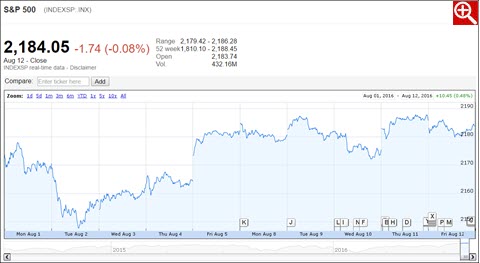