The low inflation problem | Value Research https://www.valueresearchonline.com/stories/31697/the-low-inflation-problem/ If the new inflation-targeting system is successful, it will be great for the economy--but not for many retirees

If the new inflation-targeting system is successful, it will be great for the economy--but not for many retirees 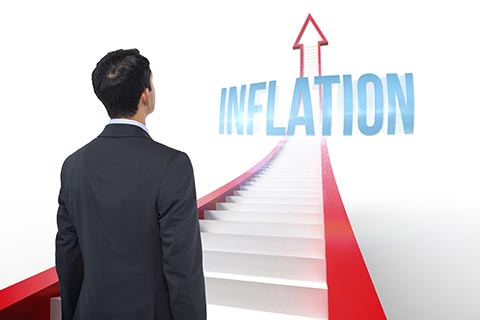 For the first time in India, the government has announced that it is formally giving the Reserve Bank an inflation target. Keeping the consumer inflation rate between 2 and 6 per cent is the primary goal of monetary policy and the RBI will owe the government (and the country ) an explanation if it fails to do so. This implies that the Reserve Bank will have complete autonomy in setting interest rates as well as other levers of monetary economy. It also implies that the central government will run a responsible fiscal policy. Otherwise the bank could just fail in its goal and pass the buck onto a government whose deficits are out of control.

If this inflation target is continuously achieved over the next few years, it will be great news for the economy in general and for all of us individually. Prices that rise gently will be in the interest of everyone from businesses to individuals--both rich and poor. If the government and the RBI do succeed in enforcing this new low inflation regime, is there anyone who will be worse off, directly or indirectly? Surprisingly, the answer may be yes, at least in an indirect way.

The one segment who are going to be uncomfortable in the low inflation regime are retirees and older people who are dependent on fixed income returns for making ends meet till retirement. The reason for this is that if the Reserve Bank is successful in holding the line on inflation, then the interest rates in the economy will settle at a lower level. Interest paid on deposits of various kind will likely be barely one per cent above the inflation rate. Thus, real interest income (that is, interest income adjusted for inflation) that individuals can derive from deposits, is likely to be in this low range.

This is great for businesses because their borrowings will be cheap, great for individuals who are buying houses, cars and other consumer goods on credit, and great for economic growth in general. However, for those who are past the earning and accumulating stage of life, this is not so good. Lower interest income hits you with disproportionate severity if you are old and retired and dependent on it for your expenses.

The arithmetic works in a way that is counterintuitively awful for those who are not in that situation. What looks like a small decline in interest rates, shows up as a huge cut in living income for those dependent upon it. I'd written about this earlier in the year when the interest rates on small savings had been cut. At the time, the interest paid on the Senior Citizens Savings Scheme (SCSS) was cut by 0.7 per cent, which sounds like a modest drop. However, it means that the earnings on an SCSS deposit were actually down by 7.5 per cent.

An old person with the maximum allowed ₹15 lakh SCSS deposit was earlier earning ₹11,625 a month but earned only ₹10,750 a month after the cut. This is actually a big hit. The presumably higher economic growth that will accompany a low interest regime is great for everyone else but will carry no benefit for older people dependent on interest income. They are no longer in the earning and accumulative phase of their lives--the booming economy does nothing for them. Not just that, the real inflation in their lives is inevitably higher than the official CPI rate.

The real solution is that equity investments must be part of the port-retirement kitty for everyone, something which needs a difficult cultural shift. That is literally the only way that higher economic growth can add to the well-being of retirees. For that, there must be a clear realisation all round that for people who are dependent on interest income, low inflation and high growth are not unalloyed good news. This is not a fringe problem--there are likely to be crores of Indians who are in this position. Worse, since the fixed-income retirement culture is very much intact, future retirees will be in the same situation. Is there a solution? Individuals who understand the problem can solve it for themselves, but a larger solution must come from the government.