No longer reliable | Value Research https://www.valueresearchonline.com/stories/31664/no-longer-reliable/ It would be unwise to rely only on the EPF for your retirement savings or even funnel all your surpluses into the VPF for three reasons 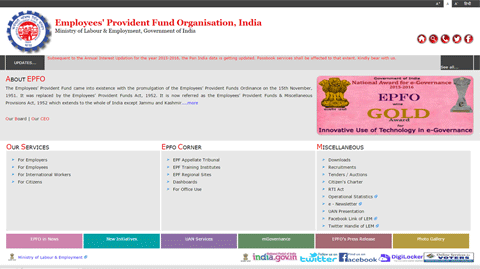 Financial planners will tell you that the best way to create a retirement portfolio is to imitate the old Hero Honda ad: you should 'Fill it, shut it and forget it'.

But even if you are a disciplined investor who hates to tinker with his portfolio, unfortunately, the government, financial regulators and the taxman don't allow you to take this hands-off approach.

The last couple of years have seen constant tinkering and tweaking with the structure and taxation rules for the three retirement options that most Indian savers love to use: the Employees' Provident Fund (EPF), the National Pension System (NPS) and the Public Provident Fund (PPF).

This flurry of changes makes it essential for you to review your retirement options. So, starting with EPF, we decided to analyse each of the three instruments to see where they stand today and how you can get the most bang for your buck from them.

The Employees' Provident Fund is the most popular retirement vehicle for salaried employees in the organised sector and is operated by the Ministry of Labour. Most private-sector firms offer it as the default option for their employees. 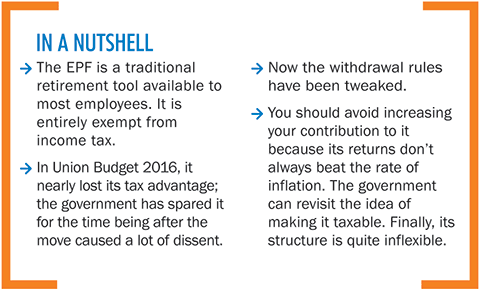 The scheme
Under the scheme, 12 per cent of your monthly pay (only basic pay and DA are considered for this purpose) is automatically deducted from your salary and paid into the EPF account every month for as long as you are employed. This is matched by an equal contribution by your employer. You are free to increase your monthly contribution (this is called Voluntary Provident Fund) beyond this limit, but this will not be matched by your employer. According to Employees' Provident Fund Organisation (EPFO) rules, employees with a monthly pay of up to ₹15,000 a month have to compulsorily enrol in the EPF, while enrolment is voluntary for those earning more than that ceiling. If you are already enrolled, you cannot opt out while being in employment and you will have to continue with it throughout your work life. When you move from one organisation to another, you can transfer your EPF balance.

Returns
Depending on what your employer chooses, your EPF money may either go into the centralised EPFO pool managed by the EPF Trust or into a private trust run by your company, which still needs to follow EPFO rules. All EPFs (whether public or private) have a strict mandate that requires them to invest mainly in government securities, public-sector bonds and money-market instruments, with a token allocation to equities (5 per cent) brought in only recently. If you are in EPF proper, your annual returns depend on the interest rates declared by the EPFO Trust every year. These rates have hovered at 8.25 to 8.80 per cent in the last five years. Private trusts usually generate better returns.

Taxation
The EPF is one of the few retirement options that enjoys tax-free contributions (subject to Section 80C limits of ₹1.5 lakh), tax-free interest and tax-free withdrawals at retirement in what is called the EEE (exempt-exempt-exempt) regime. Budget 2016 tried to change this to EET (the 'T' is for tax), but the provision was withdrawn, allowing the EEE regime to continue. 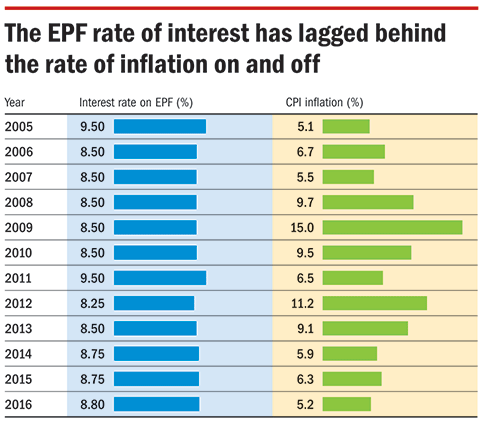 What's changed
The EPFO notified a couple of new rules, which were to come into effect from February 2016, but which have now been put on hold until April 30, 2016. This has been done due to some dissent coming from labour unions regarding the new rules. It still needs to be seen whether these rules will be implemented in their proposed form or undergo some tweaks further.

The new rules restrict early withdrawals before retirement. Earlier, an employee quitting his job before the age of 55 or changing jobs and remaining unemployed for 60 days could withdraw his entire EPF corpus (employee plus employer contributions) by applying to the EPFO. The EPFO has now decided to restrict early withdrawals to employee contribution plus the interest on it.

The age at which you are allowed to withdraw 90 per cent of your corpus has also been hiked from 54 to 57 years.

Our take
Given that the EPFO is a sovereign entity, provides guaranteed returns and has been offering 8.7-8.8 per cent tax-free interest in the last two years, it is quite an attractive option currently. But it would be unwise to rely only on the EPF for your retirement savings or even funnel all your surpluses into the VPF for three reasons.

One, while the EPF's rates (8.8 per cent for FY16) look attractive today when interest rates in the economy are fast tumbling, its historical returns have not managed to keep up with inflation. The key reason for this lies in its asset allocation. While the EPFO corpus is managed by private fund managers who are selected by the Board of Trustees, it has extremely restrictive rules in place on where the funds can be invested (mainly buy-and-hold investments in G-secs and PSU bonds). This impedes its ability to deliver inflation-beating returns over the long run. Also, the fund-management operations are a black box to investors (both on costs and portfolio strategy). This makes it hard to be sure that current high returns can be sustained.

Two, while the EEE status is its most-attractive feature today relative to other options, it is clear that the government is keen to move the scheme to the EET regime on taxation. The budget proposal to do this may have failed, but we can't conclude that the government has given up on the idea. There are also several indications that the EPF option may gradually be withdrawn for employees earning over ₹15,000 a month as the finance minister has indicated that the EPF is meant mainly for low-income employees as a social-security tool.

Three, the scheme is quite inflexible. Not only are your contributions fixed at a certain per cent of pay, withdrawal from the scheme is subject to a long list of ifs and buts. If the returns on the EPF begin to lag, or its taxation becomes unattractive at a future date, you will end up locking up your precious earnings in an unattractive instrument until you turn 57.

Overall, don't get lured by the EPF's current interest rates to peg up your voluntary PF contributions. It may be better to invest that surplus in other market-linked and flexible options for the long term.