A pause for the future | Value Research https://www.valueresearchonline.com/stories/31653/a-pause-for-the-future/ Equity fund investors have done well for themselves in the recent past, but that doesn't mean that even better times are not ahead

A pause for the future

Equity fund investors have done well for themselves in the recent past, but that doesn't mean that even better times are not ahead 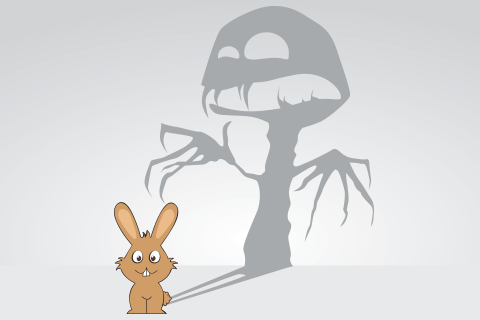 In recent months, many equity fund investors have found themselves at a stage when they are satisfied with the past and a bit apprehensive about the future. The wild expectations of an outsize bull run that would follow the installation of an NDA government haven't really come true. And yet, starting from the time that the equity markets figured out which way the political wind was blowing, most equity funds are up from anywhere between 1.7X to 3.5X. The volatility during this period has meant that regular SIP investors have even higher returns since fluctuating markets result in SIP investors getting a lower average buying price. This is especially true of midcap and smallcap funds.

By any measure, this has been a great time for equity fund investors, one that shows the true value of sticking to the basics. Without any great drama in the equity markets, those investors who have just quietly and steadily continued with their SIPs have generated some serious wealth. Unfortunately, there's a general sense of impending global crisis that has made an increasing number of such investors wary of the future. The news is full of a crisis of one kind or another. Whether it's the ascendancy of Donald Trump, or Brexit, or the sharp increase in terror attacks on the western world, or the domestic outrage of the day, what one hears is that things are going wrong, or about to go wrong seriously. As Black Swan author Nassem Nicholas Taleb wrote, "News is to information what cancer is to a regular cell."

However, based on what investors say, a big factor here seems to be their own sense of relief at having made money in what they perceive to be a difficult situation. It's a common response to decide that now that you've managed to come out of a crisis with good returns, it makes sense to count one's blessings, take one's profits and go home. The equity markets may be over-priced, there are too many businesses that seem stuck in some problem or the other, mostly something to do with high debt. It's the kind of situation in which the sensible thing to do appears to be to redeem one's money, stop the SIPs and hunker down till the storm has passed.

One contributory factor to this is that negative or pessimistic views always seem to be sensible and carefully thought through while optimism sounds like general cheerleading. When a talking head appears on a business channel and claims that Brexit will reduce global GDP by 0.3 per cent or will cause ₹18,000 crore of profit to disappear from the Indian companies over the next five years, it just sounds so thoroughly well-worked out and smart and just so perfect a view of what will happen in the future that one just feels that not believing it would be proof of one's own dumbness.

Contrast that with someone else who says that yes Brexit will have to be managed but the smart people running successful companies will figure it out, and if they don't, there will be investment opportunity in companies that do. All in all, says this expert, you should keep the faith, stay the course and keep your SIPs going. This almost sounds shady, like someone trying to get you into a dubious investment or sell an insurance policy. And yet, the sharp and focussed negative view is wrong, and the vague and general positive view is correct. In general, people who are criticising something sound like they have done their homework and manage to impress people more.

Back in January, I wrote in this column about how there was a sudden rise in people saying that a 2008-type deep crash was in the offing and sensible investors should step out for a while. What actually happened was no more than a hiccup which did nothing more than lower the average cost for those continuing with their SIPs. Even the great crash of 2008-10 eventually turned out to be a huge opportunity for those who continued investing. Now that all the dust has settled, that's the only lesson to learn from that once scary time.