The unseen side effects | Value Research https://www.valueresearchonline.com/stories/31606/the-unseen-side-effects/ We examine the relationship between interest rates and economic growth to determine if lowering interest rate is productive enough

The unseen side effects 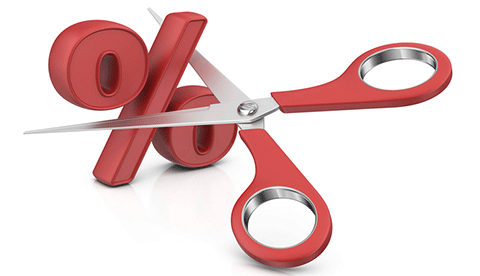 There is a war going on against savers. The business press is questioning Raghuram Rajan for not cutting rates further. Arun Jaitley is claiming interest rates are too high and this will hamper economic growth. Let's examine the relationship between interest rates and economic growth and determine for ourselves if this is indeed the case.

Now, suppose the government mandates that the interest rate should be 8% instead of 10%. Anil ends up paying ₹3000 less in interest overall and is quite happy. Brijesh, on the other hand, has lost ₹3000 of income, leaving him worse off.

At the lower rate, there is a greater demand for loans. Companies borrow more money, spend on new capital equipment, hire more workers and increase production. It appears that the lowering of interest rates worked, since the economy is booming. That is all that is seen.

But there is something that we don't see. The reduced income of savers means they change their spending habits. The companies which would have benefited from the savers having higher income are now worse off. They halt their expansion plans, lay off workers, decrease production. Furthermore, some savers, unhappy with the lower interest rate, decide to take their capital elsewhere.

Hence, while it appears that lowering interest rates creates economic growth, all it does is favour some companies at the expense of others. This makes intuitive sense, since loans don't create new machinery or new autorickshaws; they merely facilitate their purchase. Money is not capital, it is just the means used to make transactions possible in an advanced economy.

If lending more money at lower interest rates were all it took to create economic growth, Venezuela and Zimbabwe wouldn't have had their economic crises.