What to do with the pay commission (non)-bonanza | Value Research https://www.valueresearchonline.com/stories/31454/what-to-do-with-the-pay-commission-non-bonanza/ The government's speed in implementing the seventh pay commission award means a much smaller arrears payout for government employees

What to do with the pay commission (non)-bonanza 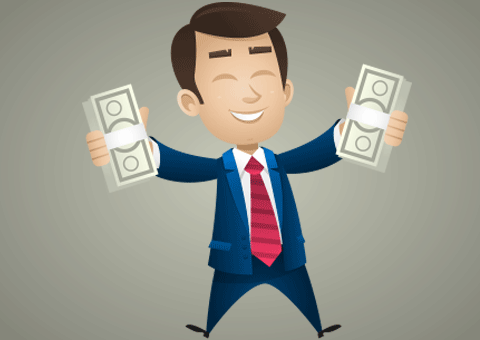 Eight years ago, I wrote a newspaper column advising government employees (or should I say public servants) on what to do with the arrears that they would get with the implementation of the sixth pay commission. On the face of it, one could just repeat that advice now. However, the situation then was very different. One, the acceptance of that pay commission report came with a huge delay of 30 months, leading to large accumulated arrears. Most employees got eight months to an year's extra salary as arrears. Two, that was the height of the global financial crisis. Many people were exhorting government employees to go forth and spend their bonanza to boost the economy, which was clearly not a wise thing to do from the individual's point of view.

The 30 month delay meant that many were receiving an amount that would otherwise have taken them seven to ten years to save and it was important to point out that the best course would be to take this forced saving and convert it into a long-term investment. This time around, things are different. The government has acted much faster and the arrears are just six months. A smaller hike and a much shorter delay means that most government employees will get an amount equivalent to barely one month's extra salary so there isn't any great excitement about extra savings.

In any case, government employees' savings imperatives are very different from those who don't have lifelong inflation-adjusted pensions that also keep getting hiked by pay commissions. Realistically, government employees' salaries and pensions are now so good that someone who does not save at all for retirement will also get by fine. This is especially true because free lifelong healthcare is part of the package. A long retirement with inflation-ravaged savings does not bother government employees because their burden will also be carried by the rest of us. The rest of the country will work hard and pay their taxes so that government employees are guaranteed a comfortable income and pension. Little wonder that even the most menial, lowest-level government jobs attract thousands of highly qualified applicants.

The little bit of arrears don't amount to much but the higher income should be directed to long-term savings instead of any kind of consumption expenditure. The theory behind the Pay Commission is that its awards are a response not just to the rising cost of living but also to the general rise in private sector's salaries and an attempt to narrow the gap thus created. I can hear the sniggers from private sector employees but like I said, that's the theory. In this sense, arrears are money that is already spent. Given the way most people's finances are structured nowadays, I think the first priority should be to lighten or eliminate any debt load that one has.

Beyond debt-reduction, the arrears as well as the higher income is best added to whatever savings medium the saver is most comfortable with as long as one doesn't make the mistake of relying on fixed income savings for the long term. For those who want to invest for the long-term (at least five to seven years), the best course of action could be to shift this money gradually to a good balanced fund. As the past has decisively shown, despite higher volatility, equity-backed investments have long-term returns that are far superior to any other kind of asset. A type of mutual fund that gets you most of the gains of equity while saving you from some of the volatility is probably the best choice.