Buffett - On Investing, Coke and Happiness | Value Research https://www.valueresearchonline.com/stories/30972/buffett-on-investing-coke-and-happiness/ The first ever live telecast of the famous Q&A session from Berkshire Hathway's shareholders' meet saw Warren Buffett in his element

Buffett - On Investing, Coke and Happiness 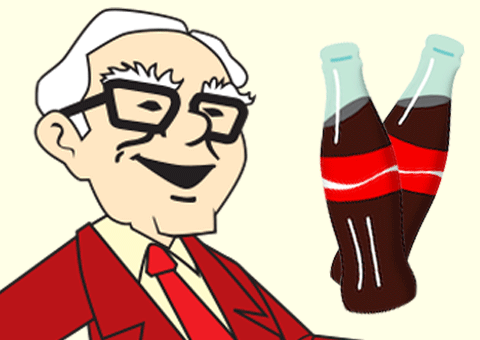 The first ever live telecast of a Berkshire Hathaway shareholders' meeting allowed investors around the world to listen to the Sage of Omaha, first-hand. Warren Buffett and his long time associate, Charlie Munger, held forth on a variety of topics including Coca-Cola and the secret to happiness. They also answered questions with regard to Berkshire's holdings and spoke about their investing philosophy - studied reverently by investors around the world. The highlights of Buffett's thinking outlined in the meeting are as follows:

On Long-Term and Contrarian Investing
Buffett is famous for his long-term focus. When asked about a competitor's out-performance relative to a Berkshire owned company GEICO, he said that this would not be sustained over the long term. His long-time associate Charlie Munger added, "Well, I don't think it's a tragedy that some companies have a slightly better ratio from one period...I don't think we should worry about whether somebody else had a good quarter."

When asked for investment advice for the next generation Buffett underlined this point. He said "People win lotteries every day but there's no reason for it to have an effect on you. You shouldn't be jealous about it." He said that stocks should be looked at as businesses and there is little point worrying about daily movements in stock prices. "You don't get a quote on your farm every day, or every week, or every month. You don't get it on your apartment house, if you own one. If you own a Mcdonald's franchise, you don't get a quote every day. You want to look at your stocks as businesses and think about their performance as businesses." This is a theme that he reiterated in his 2013 letter to shareholders in which he wrote about his real estate investments alluding to the advantage that the lack of daily price quotes conferred on investor thinking in such markets.

Contrarian Investing has been the subject of a famous, possibly the most famous Buffettism - 'Be fearful when other people are greedy and greedy when other people are fearful.' He emphasized his approval of this type of strategy in the meeting stating that "there have been periods in business history where practically all stocks sold at dramatic discounts from what you might call intrinsic value and it's interesting that very little activity occurred there." Buffett also emphasized the problem that central bank created liquidity created for insurance companies, retirees and fixed income investors but helped equity investors.

Berkshire Hathaway famously took Heinz, the manufacturer of the eponymous ketchup out of public ownership in 2013. He endorsed this strategy by emphasizing the value of concentrated rather than dispersed shareholder control in the meeting. Referring to Mark Donegan, the manager of Precision Castparts, a recent acquisition, Buffett said, "he also had to spend some time explaining quarterly earnings to analysts and perhaps negotiating bank lines, etc. His time, like all of our managers, can be spent exactly on what makes the most sense to them and their businesses. Mark does not have to come - ever - to Omaha to put on some show for me in terms of justifying a $1bn acquisition or planned investment."
Buffett's long term focus is coupled with a studied distance from the tech stocks (with a few exceptions like IBM) that tend to move towards bubbly valuations. He famously uses a landline and has not modernized the Berkshire Hathaway website. When asked about Amazon and the shift in consumer behavior, he admitted his lack of skill in this domain stating (in reference of Amazon's Jeff Bezos) that he was not out to 'out-Bezos,Bezos'. However he also downplayed the impact of this shift on the performance of Berkshire owned companies.

For all his wisdom, Buffett referred to his own failings several times in the meeting. He said that if he had hung on to a department store that he had invested in, in 1966, he would have been put out of business.

Coca Cola and Happiness
When asked about the health effects of Coca-Cola and their implication on his stake in its manufacturer, Buffett brushed away the health argument. He highlighted his own consumption of Coke (700 calories a day) stating that he was about 'one-quarter Coca-Cola'. He said that he would prefer to get his calories from things that made him feel good.

When asked about happiness, Buffett focused on his ability to live his life according to his preferences as the secret of his happiness. He said, "by accident or whatever, I'm sitting here eating exactly what I like to eat, doing exactly what I love doing in life with people I love. It really doesn't get any better than that."