Profit booster for Havells | Value Research https://www.valueresearchonline.com/stories/30483/profit-booster-for-havells/ The Sylvania sale will help Havells get rid of a drag on profits Why investors should cheer the company's decision to dump a troubled subsidiary?
In the heat of the last bull run, Havells acquired the Frankfurt-based lighting company Sylvania for $300 million. The acquisition in 2007 was amidst much fanfare and the Havells management bet Sylvania would put them on a global map. Little did they know the tribulations and the resource-sucking that Sylvania would put them through. By mid-FY16, the troubled subsidiary brings in a little more than third of the consolidated revenues while it continued to drain the consolidated bottomline. Havells pulled the plug as it were - selling its stake in Sylvania. It looks a wise decision to cut its losses and move away.

Why was Sylvania such a problem child?
Sylvania presented a number of challenges. Changes in the product categories, a weak demand, currency risks and pension and other liabilities. Havells had to support Sylvania's operations and Sylvania was demanding more of Havells own limited resources. Havells investment in Sylvania increased from ₹160 crore in FY08 to ₹980 crore in FY15. During this time, except for in FY11-12, Sylvania reported losses and had a negative free cash flow between FY08-15. 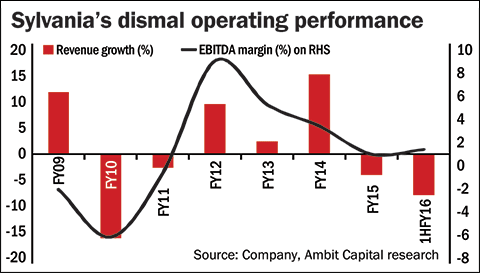 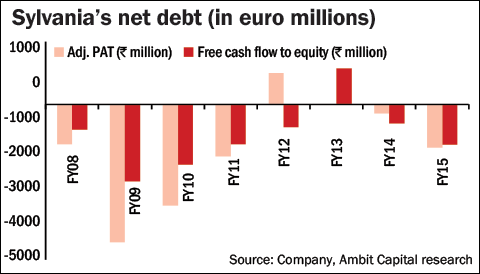 Think of Havells decision as an excellent capital allocation strategy. In FY15, Sylvania's loss eroded 19 per cent of the consolidated entity's net worth. This decision also sees Havells getting rid of around 50 subsidiaries from its books and leaves the company to focus on India growth.

The immediate benefit
As a result of losing the loss-making Sylvania, Havells, that reported ex-cash ROCE of 33 per cent in FY15 is projected see returns improve to 50 per cent plus by FY17 (Axis Capital estimates). The sale of Sylvania is also expected to help the company better utilize the free cash that it generates from India operations into new acquisitions in the country in the immediate term.

What the company intends to do with the cash?
Havells has not been as successful in the domestic appliances space in the country as it has been in lighting. Cash from the sale proceeds amounting to ₹1070 crore can be used to ramp up its presence in the domestic appliances vertical with acquisitions in this area as well as for strengthening its appliance distribution network across the country. It has already received ₹875 core that has been repatriated to India and will reflect in the company's books by Q4FY16.