Taxation ahead for long-term capital gains? | Value Research https://www.valueresearchonline.com/stories/30205/taxation-ahead-for-long-term-capital-gains/ Is the tax holiday for long-term equity and equity fund gains on its way out?

Taxation ahead for long-term capital gains?

Is the tax holiday for long-term equity and equity fund gains on its way out? 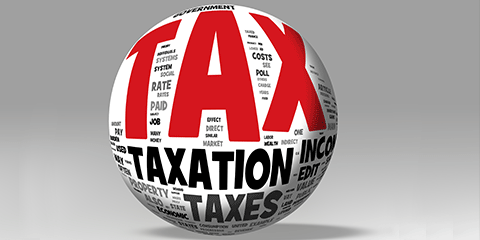 Will long-term capital gains tax on equity investments be reimposed in Budget 2016? Will the complete tax exemption on equity investments older than one year be removed? These are speculative questions, but there is some indicators that this may be the case. When we hold equity and equity fund investments for more than one year, the completely tax free nature of the returns are a major comfort to investors. While equity and equity mutual fund investors will certainly hope this doesn't happen, there are some straws in the wind to indicate that this may well happen.

The biggest recent indicator may have come from the Prime Minister himself. In his recent speech at the Economic Times Global Business Summit, he compared subsidies for the poor (which are often criticised) to tax breaks for the rich. It wasn't just a casual mention, but a well-worked out argument. According to reports, he said "Why is it that subsidies going to the well-off are portrayed in a positive manner? Let me give you an example. The total revenue loss from incentives to corporate taxpayers was over ₹62,000 crore." He then elaborated, "Dividends and long-term capital gains on shares traded in stock exchanges are totally exempt from income tax even though it is not the poor who earn them. Since it is exempt, it is not even counted in the ₹62,000 crore."

Generally, no one in government comments on specific taxes in the period just before the budget, and that the PM did so may just indicate that this topic has been under serious discussion and was probably at the top of his mind.

But that's not all. There have been other indicators that a reworking of equity capital gains may be in the works. In last year's budget, the government did something akin to this when, in the case of fixed income mutual funds, it changed the period for qualifying for long-term capital gains from one to three years. This came as an unpleasant surprise to investors who had investments in such funds. Suddenly, the time limit for long-term capital gains treatment receded much further away.

It must be realised that the government is under tremendous fiscal pressure and this tax break may well be an easy sell. With the notable exception of Singapore, most countries do not make gains from stock markets tax free. For example, in the US and UK, capital gains (net of capital losses) are just added to a person's income with some minor adjustments. It's generally accepted that such a tax exemption is anti-progressive since the richer you are, the higher the proportion of your income likely comes from capital gains. And that's not an unfair argument.

However, if such a change were to happen, then up to 30 per cent of any unrealised capital gains that investors are sitting on would be at risk. The percentage is likely to be lower because indexation would probably apply, but then, investors are counting on zero tax.

What you can do

Can you do anything about it? There's an obvious course of action, which is to recycle all equity and equity funds holdings that have been held longer than one year and are thus in zero tax territory. Whether you actually do this depends on the balance between transaction gains and potential taxes. Also, if, instead of removing the tax the Finance Minister extends the long-term threshold from one to three years, then recycling investments would actually be a disadvantage.

Of course, all this is just speculation. However, given the nature of this tax break, one shouldn't be surprised if it is removed, in this budget or at some point in the future.