The death of stock markets | Value Research https://www.valueresearchonline.com/stories/30190/the-death-of-stock-markets The stock market is losing its significance and is giving way to frantic trading and new money-raising options

The death of stock markets 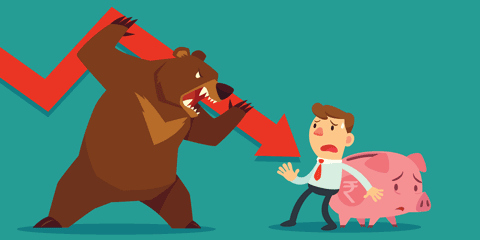 Let me start this column with a slightly rhetorical question - what is the main function of a stock market? It is to raise capital for a new business or investment opportunity, if one were to answer the question in a conventional sort of way.

As Satyajit Das writes in his new book The Age of Stagnation: Why Perpetual Growth Is Unattainable and the Global Economy Is in Peril, "Stock markets are designed to facilitate capital raisings for investments projects. They allow savers to invest, and provide existing investors with the ability to liquidate their investments when circumstances require."

Now that is looking at things in the conventional sort of way. As John Kay writes in Other People's Money: Masters of the Universe or Servants of the People?, "The first companies to obtain listings on modern markets were companies like railways and breweries, with large requirements for capital for very specific purposes. Building a railway is expensive, and once you have built it the only thing you can do with it is run trains. You cannot use a brewery except to brew beer. Early utilities and manufacturing corporations raised large amounts of money in small packets from private individuals."

But are stock markets still operating in the way that they used to? Or have things changed? As Das points out: "The nature of stock markets has been changed by alternative source of risk capital: the high cost of a stock market listing, particularly increasing compliance costs; increased public disclosure and scrutiny of activities, including management remuneration; and a shift to different forms of business ownership, such as private equity."

So entrepreneurs and businesses are now more likely to raise capital from private equity and venture capital firms than from the stock market.

In the Indian context, this becomes clear from the fact that the total number of public offerings of shares (both IPOs and FPOs) has fallen dramatically over the years. But the amount of money raised through the private equity/venture capital route as well as the non-convertible debentures route has been steadily growing.

The stock market only comes into the picture when these initial investors want to offload their shares in the firm. As Kay puts it: "Stock market is not a way of putting money into companies, but a means of taking it out."

Hence, by the time the so-called retail investor gets a chance to own a stock, most gains have already been captured by institutional investors. As Kay writes: "While railways, car manufacturers needed additional funds to build new plants as they expanded, new companies today...commonly become generators of cash, rather than users, early in their lifetime. When Facebook, unusually, raised $16 billion in fresh funds in its initial public offering, the company stated in the prospectus that it had no real idea of what it would do with the money." The point is that it raised money simply because it was in a position to do so, without having much idea of what it planned to do with it.

Large companies, which have been in the business for a while, are issuing more and more debt to raise capital these days. In the aftermath of the financial crisis, interest rates all over the world have fallen dramatically. In the era of zero interest-rate policy initiated by Western central banks, large companies prefer to raise debt to raise capital than sell stocks. This is primarily because raising and repaying debt comes with fewer hassles than selling stocks.

In fact, in 2012, the interest rate that Exxon Mobil and a few other strong companies paid on their debt was lower than that paid by the government of the United States. In 2013, Apple raised $13 billion debt in order to pay dividends to its shareholders. It made sense for the company to do so simply because much of the cash that the company has is outside the United States. And if it were to repatriate that money back to the US, there would be a tax charge.

The irony in all this is that even though stock markets are no longer fulfilling their conventional purpose, the volume of trading has grown at a very fast pace. As Das writes: "Stock markets have increasingly decoupled from the real economy. Despite the fact that shares represent claims on the real economy, equity prices now do not correlate to fundamental economic factors, such as GDP growth or, sometimes, earnings. High frequency trading (HFT), which entails super-fast computers rapidly trading stocks, usually with other computers, constitutes up to 70 per cent of the trading volume in some markets."

In fact, the average investment period in a stock has constantly been falling over the years. It has fallen from seven years in 1940 to five years in 1960s to two years by 1980s. In 2014, the average holding period of a stock was around seven months.

What this tells us clearly is that the total amount of trading in stock markets has gone up. Along with this comes the fact that the function of the stock market has clearly changed over the years. And this is a reason to worry. As Das puts it: "Longer term, these developments threaten the market's viability as a source of capital for businesses and also as an investment, damaging the real economy."

This column appeared in the February 2016 Issue of Mutual Fund Insight.