When major auto manufacturers struggled, Bosch reported annual sales growth of 20% and EBITDA growth of 25% in the last five years 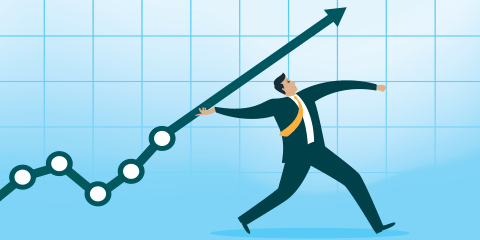 The Indian automotive industry faced one of its worst down periods in a decade, between 2012 and 2014. All major auto manufacturers struggled with weakening sales. Bosch reported annual sales growth of 20 per cent and EBITDA growth of 25 per cent in the last five years - one of the worst periods for the sector. For investors of Bosch too, this was a bumper period. A ₹10,000 investment in Bosch a decade ago would be worth ₹86,000 today, which makes it an 8.6-times multibagger. 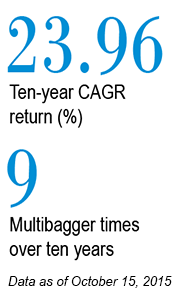 How does Bosch outperform the cyclicality of the auto industry, given that 85 per cent of its revenues are derived from automobiles? A major reason is Bosch's technological advantage over competitors that drives OEMs to source critical components like fuel injection systems from a single vendor. Higher R&D spends compared to peers have also helped Bosch steer ahead of the competition, with a market share of 4.5 per cent of the Indian auto-component market. 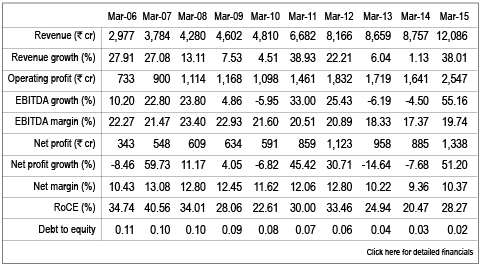 Commercial vehicles (CVs) play an important role for Bosch's fortunes, accounting for 54 per cent of its revenues. The CV segment in the country is witnessing a cyclical recovery. Sales of heavy-duty CVs grew by more than 50 per cent in September 2015, buoyed by higher export sales. Adoption of gasoline direct injection (GDI), BS-IV, BS-V and BS-VI (emission norms stipulated by the Indian government) will open new opportunities for Bosch in the years ahead.

The market has rewarded Bosch by re-rating the stock from average valuations of 25 times earnings to a pricey 60 times. Earnings are estimated to compound at 30 per cent annually between FY15 and FY18 (as per Motilal Oswal estimates), leaving little on the table for fresh investors. Wait for the valuations to cool down before entering.