A folk tale for Diwali | Value Research https://www.valueresearchonline.com/stories/29312/a-folk-tale-for-diwali/ This Diwali, let's decide to let right decisions prevail over the wrong ones. Let's not succumb to greed and indulgence

A folk tale for Diwali

This Diwali, let's decide to let right decisions prevail over the wrong ones. Let's not succumb to greed and indulgence 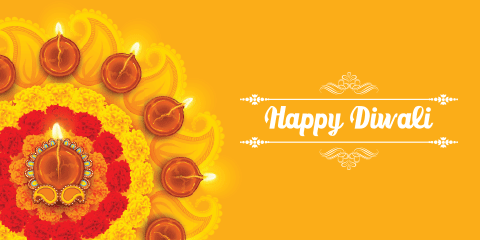 Once upon a time, there was a young man who was desperate to become rich. He was known among his friends as a miser. He earned his living in a respectable manner, but was never satisfied with what he had. His desperation to want more of everything always made the people around him dislike him, but that seldom stopped him from acting greedy.

One year, just before the festival of Diwali, he received a hefty bonus from his boss, as a reward for having done well in his job throughout the year. When he was first given the bonus, the young man was ecstatic. He was happy to have an additional amount of money that he could spend. But after just a few minutes, he felt that the bonus wasn't enough. He went from being happy to discontented with what he had been given. He wanted more.

He left his office with the bonus, dejected. On his way home, he came across a fair. He entered the fair thinking it might cheer him up. There was a stall in the fair that was attracting a lot of attention. The young man went to see what all the fuss was about. He saw that the stall was run by card-dealer. People were putting bets on guessing the correct card out of the three that were being laid down on a table by the card-dealer. The card-dealer was offering huge rewards in returns. The young man felt that was an opportunity to earn more money out of the bonus he had received. Guessing the correct card out of three seemed to be an easy-peasy way of doubling his money.

Now, you don't need me to tell you how this folk tale will end. It's easy enough to guess. The card-dealer would turn out to be a trickster; his scheme would turn out to be eyewash. Our protagonist, the young man, would lose his entire bonus. Because of his greed, he would end up losing something that was the reward for an entire year's hard work.

We have all read enough folk tales in our childhood to know the morals by heart. But we don't always follow them, do we? Like the young man in this tale, we succumb. We take wrong decisions, despite being aware that we're probably not doing the right thing. We can't help it, it's human nature. But if there's ever a time to change our habits, it's now.

Hence, my Diwali wish for you is to let light prevail over darkness in more than just metaphorical terms. Let gratitude prevail over greed. And let willpower prevail over indulgence. Here's wishing you a Happy Diwali and a prosperous New Year.