Low-cost Advantage | Value Research https://www.valueresearchonline.com/stories/28100/low-cost-advantage/ Companies that can figure out ways to provide a good or a service at a relatively low cost have an advantage because they can undercut their rivals on price 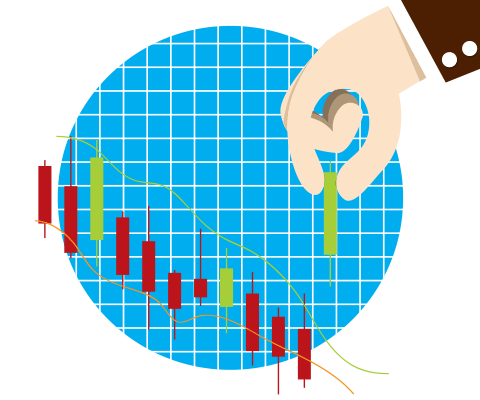 Companies that can figure out ways to provide a good or a service at a relatively low cost have an advantage because they can undercut their rivals on price. Dell is a textbook example of a low-cost producer because its large size allows it to negotiate favourable component costs and its direct-sales distribution system allows it to sell PCs more efficiently than the rivals who use resellers.

It is for this reason that a company that offers a product with similar attributes as those of its rivals' products but at a lower cost enjoys a powerful economic advantage. However, for it to be meaningful, the low-cost advantage must be sustainable and not temporary. The success of low-cost companies is prevalent in commoditised businesses, wherein buyers or consumers are indifferent to brands and make their choices based more on features and pricing. In the case of computers and airlines, low cost can be a powerful source of economic advantage.

Firms become cost leaders either because of the processes they employ or due to the economies of scale. In the case of Dell, it manages to keep its costs low through its process-based advantage. In the US, Dell begins manufacturing a computer only after it is ordered over the internet or phone, thereby saving on inventory costs. Insurers like GEICO keep their costs low by selling insurance over the phone instead of following the conventional agent route, which turns out to be more expensive.

Firms also manage to keep costs low by using the economies of scale, i.e., by spreading their fixed costs over an increasing number of units of products sold. In the case of Microsoft, for instance, once the cost of developing a piece of software has been incurred, the marginal cost of producing another unit is nearly zero. Yet another example is that of Walmart, which runs its business model on scale. The sheer size and volume of orders that Walmart can place allow it to pare its suppliers' margins to the bone. The case of Walmart is unique and is something that very few other players in the retailing business have managed to crack.

Having once gained the low-cost advantage, market leaders can develop a stranglehold on the market by using their profits to lower costs further, spending more on advertising, offering greater commissions to distributors and so on. For rivals, it becomes progressively more difficult to break the leader's stranglehold.

Indian case
In India, the best example of a low-cost product is the Nano. Many car companies had in the past tried to build a car that cost about a lakh, but it was Ratan Tata's single-minded focus that helped deliver this product.

The success of low-cost airlines overshadows the failures of some players, but the reason for the success of a low-cost carrier like Indigo is its ability to manage its costs better than the rest. On the services front, several Indian software companies have gained from the low-cost advantage with services that they provide globally, making them the most preferred technology solutions providers and at the same time making it difficult for other competitors to break their stronghold.

The example of low-cost advantage typically comes in manufacturing facilities; for instance, Tata Steel is one of the lowest cost steelmakers in the world. It has managed to keep costs low by having access to its own mines, which ensures that it does not have to depend on other sources.