The 1-2-3 of Planning Your STP investment | Value Research https://www.valueresearchonline.com/stories/27747/the-1-2-3-of-planning-your-stp-investment/ The best way of investing a lump sum in equity funds is through an STP. But how long should an STP run?

The 1-2-3 of Planning Your STP investment

The best way of investing a lump sum in equity funds is through an STP. But how long should an STP run? 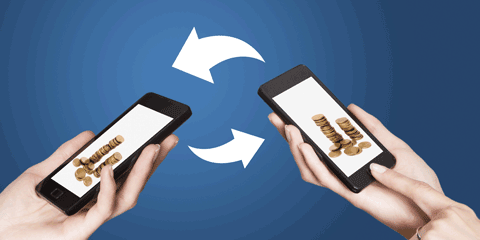 Even for those who follow the commonsense rule of investing only gradually in equity mutual funds, investing large sums of money becomes a problem. Normally, gradual investing works out well when one is doing an SIP from a monthly income. Every month, a fixed sum flows into the investment, leading to cost averaging and eventual high returns. This pattern of investment often generates good returns quickly and investors who sticks with it for a couple of years become faithful followers of SIP investing.

The problem arises when they come into a big sum which is outside of their regularly scheduled inflow. This could be a bonus from an employer, or an asset sales, or maybe a very lucky pre-Diwali night. For anyone who has understood the efficacy of SIP, the right way to go about this kind of an investment is to put it into a liquid fund, and then do a monthly transfer from there. This regular transfer from one fund to another is called an STP (systematic transfer plan).

Spreading the investment over the right time period is the key. The STP can be done over a time period of three to four months or across several years. Investors are frequently at a loss as to how many monthly installments to break up the investments into. Since there is no underlying inflow as in the case of a salary that feeds an SIP, this is entirely at the discretion of the investor.

The right way to decide is to stop and consider the motive behind investing a lump sum gradually, in bits and pieces instead of in one lot. Clearly, we do it so that we don't catch a market peak. Consider the example of someone who came into ₹20 lakh in December 2007 and then invested it all in an equity fund. In four months, the money would be reduced to less than ₹10 lakh. In some cases, funds could have gone down to ₹5 or 6 lakh. After taking such a big hit, a person may never invest again. It will take about six years for him to break even.

However, suppose this investor had invested gradually over 12 months. In that case, only about a tenth of the money would lose a lot of its value. Overall, averaging over a year, the acquisition cost would be such that the investment would hardly ever be in a loss. Of course, I've taken an extreme example to illustrate the concept, one that takes the investor from an all time high peak to a low point. You could have started a little earlier, say in 2006 and then spread the investment over a longer period.

However, if you actually look back at the markets over the last decade, you will realise that while an STP generally helps one avoid a market peak and average costs, they are not a foolproof device. If the markets keep rising for many years, as they did from 2003 to 2008, and then fall sharply, then even an STP cannot eliminate losses. Equity is equity and there's no way of doing away all risks. However, based on what has happened over the last two decades in India, stretching an investment over two to three years is likely to capture enough of a market cycle to significantly reduce risk.

At the end of the day, the key question that an investor has to ask is the trade-off between the risk of short-term equity market gyrations and the long-term returns that one can generate from equity. A lump sum investment is weighed completely towards the former, while a period like two to three years is a better trade off. And as for cycles that are long as well as extreme, like the one from 2003 to 2008, those are like a natural calamity. You can prepare for them, but there's nothing that will keep you 100% safe.

This story first appeared in April 2015.