Rural Electrification Corporation (REC) finances the power projects involved in transmission, distribution and generation projects and also extends loans for the supply of electricity and the energisation of agricultural pump sets focusing in the rural areas. It plays a big role in the implementation of Rajiv Gandhi Gramin Vidyutikaran Yojana, a government scheme for rural electricity infrastructure and household electrification. State and central electricity boards and PSUs account for almost 87 per cent of its loan book and is the second largest lender to the power sector. 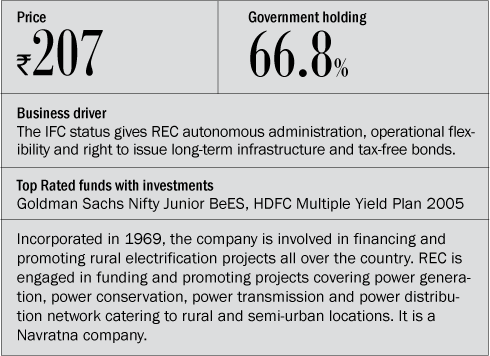 Strengths
The company draws strength from its Navaratna tag and being classified as in Infrastructure Finance Company (IFC) , which has given REC autonomous administration, operational flexibility and right to issue long-term infrastructure and tax-free bonds. These featured coupled with high domestic credit ratings has helped REC have an edge over its peers as it has access to low cost funds and at the same time has the independence to create its own lending profile. Moreover, low borrowing cost has led to one of the highest interest spread in the sector with 3.8 per cent and has improved its net interest margin over the years to 4.9 per cent in Q2 FY14 from 4.4 in FY10. 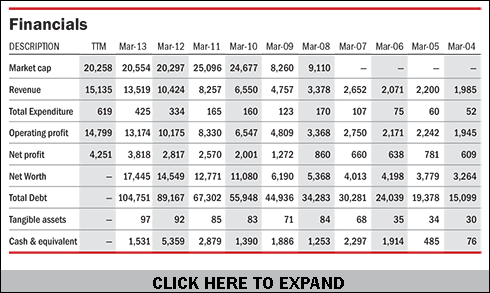 The company's loan book has grown by 23 per cent in the past 5 years and will continue to witness growth, which is likely to continue given the estimate in the 12th Five Year Plan period by Planning Commission for addition of 88,425 MW generation capacity together with matching transmission and distribution network. The power sector will continue to provide one of the biggest avenues to make significant contribution towards the development of country's infrastructure and REC will have a big role to play here.

Further, the company is responsible for implementing government's landmark Rajiv Gandhi Grameen Vidyutikaran Yojana (RGGVY) and National Electricity Fund Schemes. REC is the is the nodal agency for both these programmes. Where REC scores is in its strong financials, as its current net NPAs are healthy at 0.3. This is an achievement given the company's major exposure to government electricity boards that are suffering with losses. As 20 per cent of projects are guarantee by state governments and an escrow mechanism backing 70 per cent of the loan books, RECs recoveries have been good. The company's capitalisation is considerably safe as overall capital adequacy ratio was 17.7 per cent in FY13 protecting it from the high sectoral and customer concentration.

Concerns
The company's main shortcoming is the sector that it lends to that are mostly state electricity boards which are struggling these days. The operations for State Electricity Boards (SEB) are increasingly getting expensive because of rise in coal prices, which is more to do with the shortage of coal.

Moreover, the nature of the sector is such that the gestation period is very long and involves large capital investments. It is for this reason that the loan ticket size is very high and even a few defaults can worsen REC's balance sheet. Threat also looms large, especially as government's soften its attitude towards SEBs, which can put the loan quality in red. 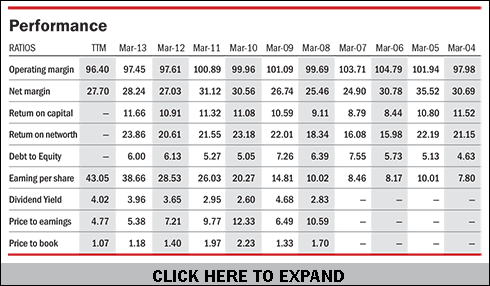 Valuation
Despite strong financials REC has been on a falling spree over the past three years. At a price of Rs 223 the price to book value converts to 1.19 which is 29 per cent discount to its 10-year average. The company pays regular dividend yielding 3.73 per cent and has a price to earnings is at 5.31, which is 29 per cent below its 10-year median of 7.44. The low valuation with strong fundamentals makes it a bargain buy however the unlocking of value may take very long time.