Financial planning for double income, no kids couples | Value Research https://www.valueresearchonline.com/stories/200890/financial-planning-for-double-income-no-kids-couples/ Here is what DINK couples should do at each stage to plan their finances efficiently 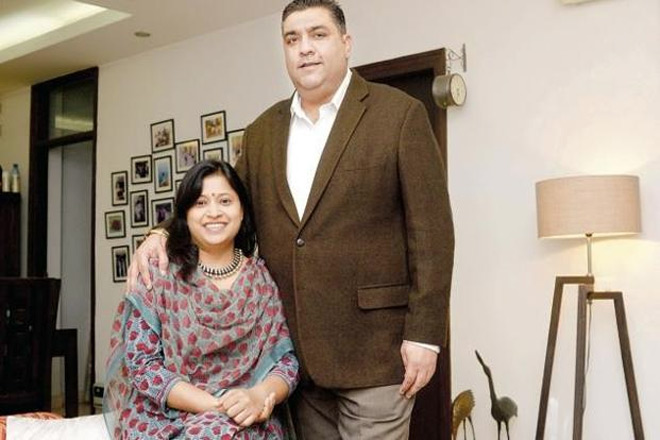 Nidhi Singh and Rohit Seth, both in their 40s, have travelled extensively but are not done yet. A DINK (double income no kids) couple, they had the surplus to indulge in their passion to travel. As social stigma around not having children dissipates, however gradually, a growing number of young people seem to be embracing the idea of waiting till they are financially secure and prefer to check a number of things off their bucket list before becoming parents, or not having children at all.

DINK couples have an advantage as their savings pie is often much larger than that of a family with kids in the same age bracket. "Once a couple has children, their expenses go up at least 10-20%. If you don't have children, you have the luxury of saving and investing more," said Piyush Khatri, founder, Sahastha Financial Consultants. But for all the advantages, there are as many financial pitfalls to watch out for. Here is what DINK couples should do at each stage to plan their finances efficiently.

The biggest risk to watch out for at this age is overspending. Given that they have substantial income and fewer responsibilities, it's too easy for DINK couples to get carried away and end up splurging on luxuries when they can use the time and money to lay a solid foundation for a secure future.

Travel is often a huge and expensive draw for many, and so is eating out. The Millennial Travel Survey 2017 by Skyscanner India showed that 62% of Indian millennials vacation two to five times a year. "The mistake that many couples make is splurging a lot initially. When they do have children later on, they don't have savings to fall back on," said Khatri.

Financial planners recommend taking the saving path early on. "Such couples have a higher investible amount. Since they don't have too many financial responsibilities, they should start investing more and create sufficient liquid assets at an early stage," said Melvin Joseph, a Sebi-registered investment adviser and founder of Finvin Financial Planners.

The trick perhaps is striking a balance and IT professionals Sumit Thakur, 30, and Priyanka Karwa, 28, are trying to do so. The couple, who are passionate cyclists, have been married for one and a half years but want to take as many cycling trips in India and abroad as they can before having a child. Of course, these trips are not cheap, but the couple understands the need to plan ahead and has been putting money in a separate fund for the child they want to have eventually.

"We know that expenses will go up once we have a child, so we are striking a balance between indulging in travel and luxuries and saving," said Thakur.

Creating a basket for the future-for children as well as retirement-is recommended at this stage. "With people getting married in their 30s, having children in one's 40s is not unheard of. So, being flexible when it comes to their finances is crucial," said Shilpi Johri, a certified financial planner.

This is also the time when DINK couples can focus on adding a skill set. "They should invest in their careers to ensure skill upgrade, which can help fast-track promotions," said Joseph.

Singh, 42, and Seth, 46, started consulting a planner pretty late. "Ideally that should have happened the moment we got married. When you have two incomes and no kids, you have a lot more cash in hand. While we thoroughly enjoyed ourselves, in retrospect, I wish we would have saved instead. We would have benefited from compounding," said Singh.

The couple has not compromised on their lifestyle, but they haven't ignored savings either. "We still spend a lot, but it's not as though we save what is left over. We save first and then spend on luxuries like travel," Singh said.

This is typically the age when you have climbed the ladder in your career and have a higher surplus in hand compared to what you had as a young couple. This sets the stage for aggressive investments and taking higher risk, especially because with no children there are fewer liabilities.

But DINK couples shouldn't ignore risk management. Khatri said it is crucial to buy adequate life and health insurance. With two incomes, DINK couples can typically afford to take more loans. In the absence of one income, the other spouse would need to cater to long- and short-term goals, as well as loans, premiums and other bills. "If you do not have health insurance already, buying it at this stage is crucial as medical needs escalate in the next stage," Khatri said.

Middle age is also the right time for DINK couples to settle loans if they can and to take stock of their sunset years. "They should try to pre-close the home loan, if any. They should also focus on increasing their investments if they intend to retire early," Joseph said.

While there is no guarantee that children will support elderly parents, even the possibility of having a caregiver or financial support may be ruled out if you decide not to have children.

Singh and Seth concur. "We are aware of the fact that we probably need to have more saved for retirement. It's not just about assisted living, but you will have to provide for everything from your own savings or income, there will be no additional help," said Singh.

Another important thing to take cognisance of is estate planning. In the absence of a legal heir, it is important to ensure how your wealth will be distributed after your death.

A well-planned approach can help you enjoy the DINK status at various stages of your life.