Tax on gifts received depends on value, occasion | Value Research https://www.valueresearchonline.com/stories/200354/tax-on-gifts-received-depends-on-value-occasion/ Gifts received by an individual during a financial year are tax free only if their aggregate value does not exceeds Rs 50,000

Gifts received by an individual during a financial year are tax free only if their aggregate value does not exceeds Rs 50,000 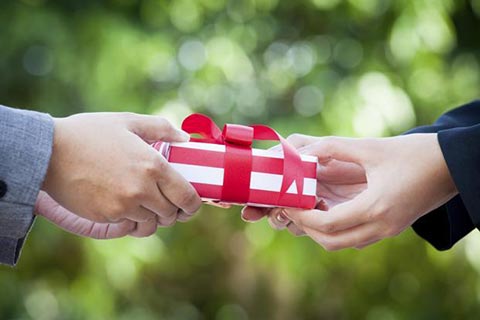 The October-December quarter is considered auspicious by many, as a lot of festivals are celebrated during this period, and there is the marriage season as well. Typically, a lot of gifts are exchanged during this time. While gifts are welcome, most people are either not aware of, or ignore the tax liability that comes with them.

The tax liability on a gift varies according to its value, the occasion on which it was given, and the relationship between the person receiving and giving the gift.

The general rule
Gifts received by an individual during a financial year (FY) are tax free only if their aggregate value does not exceeds Rs50,000. The limit is inclusive of all gifts received in cash as well as kind. Let's say a person receives gifts of Rs20,000 each from two friends, and jewellery worth Rs25,000 from another during an FY. In such a case, she will need to pay tax on Rs65,000, as per her applicable tax slab.

Marriage
Gifts received by the bride and groom during their marriage do not attract tax, even if their aggregate value exceeds Rs50,000. And it does not matter who gave the gift.

Other occurrences
Apart from these, gifts are also tax free without any upper limit when they are received through a Will, by way of inheritance, or due to the death of the payer or donor.

Things to consider
Whether a gift qualifies for tax or not, or it is received from a relative or friend, or on the occasion of marriage or through a Will, ensure you disclose the value of all such gifts while filing your returns.