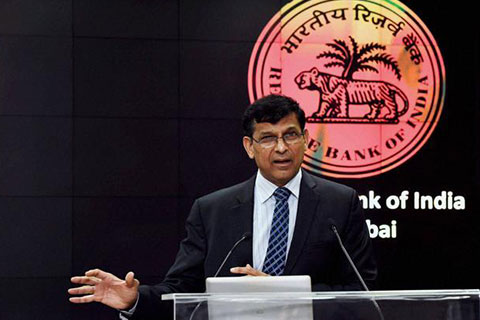 The Reserve Bank of India (RBI) left its key policy rate unchanged on Tuesday, taking cognisance of the recent rise in inflation which puts the consumer price index uncomfortably close to the upper tolerance threshold of 6% as mandated by the government. The RBI, however, reiterated that its stance remains accommodative, while adding that it will focus on providing adequate liquidity which is helping to improve the pass-through of past rate cuts.

“The stance of monetary policy remains accommodative and will continue to emphasise the adequate provision of liquidity. Easy liquidity conditions are already prompting banks to modestly transmit past policy rate cuts through their MCLRs (marginal cost lending rates) and pro-active liquidity management should facilitate more pass-through,” said the RBI in its monetary policy statement.

The central bank has cut rates by 150 basis points (bps) since the start of 2015. Bank rates, however, have fallen by about 90 bps in response to the policy rate cuts. One bps is one-hundredth of a percentage point.

Following Tuesday’s monetary policy announcement, the repo rate remains steady at 6.50%. Consequently, the reverse repo rate will remain at 6%, the bank rate and marginal standing facility rate at 7%. The cash reserve ratio was also kept unchanged at 4%. A Mint poll of 10 economists and bankers had shown that most expected the RBI to leave rates unchanged.

As such markets did not react sharply to the policy.

Notwithstanding the quickening of inflation for three consecutive months, the central bank stuck to its forecast of inflation averaging 5% during the current fiscal. Still, the policy statement said that risks to the forecast are tilted to the upside.

“The prospects for inflation excluding food and fuel are more uncertain; if the current softness in crude prices proves to be transient and as the output gap continues to close, inflation excluding food and fuel may likely trend upwards and counterbalance the benefit of the expected easing of food inflation. In addition, the full implementation of the recommendations of the 7th central pay commission (CPC) on allowances will affect the magnitude of the direct effect of house rents on the CPI,” said the RBI.

Retail inflation rose to 5.77% in June, well above the RBI’s March 2017 target and close to the 6% upper bound of the mandated 2-6% inflation target, formally notified by the government last week.

The RBI kept its gross value added (GVA) forecast unchanged at 7.6% for fiscal 2017.

“Looking ahead, the momentum of growth is expected to be quickened by the normal monsoon raising agricultural growth and rural demand, as well as by the stimulus to consumption spending that can be expected from the disbursement of pay, pension and arrears following the implementation of the 7th CPC’s award,” said the RBI while commenting on growth conditions in the economy.

“The passage of the goods and services tax (GST) bill augurs well for the growing political consensus for economic reforms. While timely implementation of GST will be challenging, there is no doubt that it should raise returns to investment across much of the economy, even while strengthening government finances over the medium-term,” the RBI added.