Suryoday Small Finance Bank IPO: Information Analysis | Value Research https://www.valueresearchonline.com/stories/49112/suryoday-small-finance-bank-ipo-information-analysis This erstwhile microfinance lender is raising Rs 582 crore through an IPO. Should you bid for its shares? Here's the full analysis to help you make up your mind.

This erstwhile microfinance lender is raising Rs 582 crore through an IPO. Should you bid for its shares? Here's the full analysis to help you make up your mind. 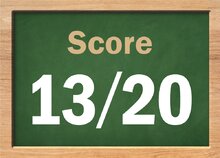 Suryoday small finance bank (SFB), which started off as a micro-finance institution back in 2009 and now operates as a small-finance bank, is coming out with its Rs 582 crore IPO. The bank is led by one of its promoters Baskar B Ramachandran, who has also been associated with GE Capital Transportation and HDFC Bank in the past. Ever since starting its SFB operations, the bank has quickly grown and diversified its loan book. During March 2018-2020, Suryoday's gross loan portfolio more than doubled to reach Rs 3711 crore. As of December 2020, the portfolio was spread across inclusive finance (micro loans - 70.3 per cent), CV loans (9.4 per cent), affordable housing loans (6.3 per cent), secured business loans (3.6 per cent) and others. The bank, under its micro-lending operations, mainly lends to micro-entrepreneurial women under the joint-lending-group model in urban and semi-urban areas. Though the operations of the company are spread across 10 states, just Maharashtra, Tamil Nadu and Odisha account for 61 per cent of its 554-branch network. On the borrowing end, the bank has been able to increase its proportion of retail deposits out of the total deposits substantially to 72 per cent in December 2020 from just 41 per cent in March 2018. This has led to a lower cost of funds for the bank.

However, COVID has led to a deterioration in the bank's asset quality. Taking into account the loans that have not been categorised as non-performing per the Supreme court order, pro forma gross NPA for December 2020 would be at 9.3 per cent. However, the risk from uncertainty in the asset quality is mitigated by a very robust capital-adequacy ratio of 41.2 per cent. Further, the collection efficiency across the states has improved and the management has not seen any restructuring of its micro-lending loans. Going forward, the management intends to keep its micro-lending and non-micro-lending loan books in a 60:40 ratio. The bank currently serves over 14 lakh customers and is adequately positioned for higher growth in the coming years. 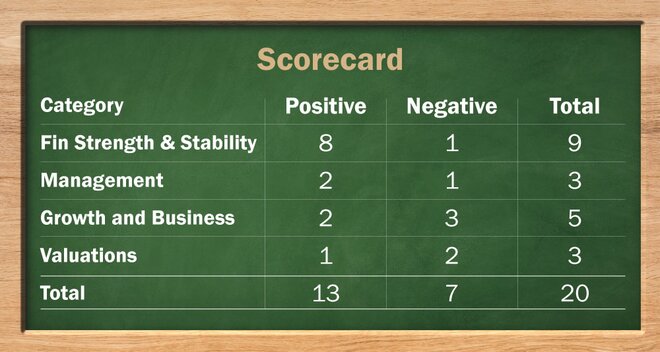 2. Does the company provide for its non-performing assets (NPAs) adequately? More specifically, is the ratio of provisions-to-gross NPAs more than 50 per cent?
Yes. The bank's provision-coverage ratio for FY20 and the nine months ending in December 2020 stood at 84.7 per cent and 89.6 per cent, respectively.

Financial strength and stability
1. Does the company have its fresh slippage-to-total advances ratio at less than 0.25 per cent? (Fresh slippages are loans that became NPAs in the last financial year).
Not Applicable. The bank did not recognise loans turning bad during the March-December 2020 period following the Supreme Court's order. Under the order, banks had been directed to not declare NPA accounts that were not NPA till August 2020.

4. Has the company increased its net interest income (NII) by 20 per cent annually over the last three years? (Net interest income is the difference between the revenue that is generated from a bank's assets and the expenses associated with paying out its liabilities).
Yes. The bank managed to increase its NII steadily at 72 per cent YoY during March 2018-2020.

5. Is there any direct relationship between the increase in loan book and the increase in net interest income (NII)?
Yes. The bank in the last few years has increased retail deposits (CASA + term) which has led it to lowering its cost of funds, while it has also simultaneously expanded its loan book, not only across microfinance lending but also with CV financing, housing and others.

7. Can the company run its business without relying on any external funding in the next three years?
Yes. Around 37 per cent of the bank's total assets as of December 2020 are invested in highly liquid assets. Fear of COVID-led economic slowdown has led to banks taking a risk-off approach towards lending and that is why the loan book hasn't grown drastically during March-December 2020. However, with effects of COVID now receding and the economic situation improving, the bank should be able to start growing. Equity raise through IPO proceeds, healthy CAR (capital adequacy ratio) and ample liquidity should provide a runway for growth of the bank without much reliance on external liquidity.

8. Did the company generate an average NIM of more than 3 per cent in the last two years? (Net interest margin or NIM denotes the difference between the interest income earned and the interest paid by a bank or financial institution relative to its interest-earning assets like cash).
Yes. Since around 70 per cent of the bank's loan book comes from micro-lending, it enjoys rich NIMs. The average NIM for the last two years of the bank (till FY20) stood at 12.4 per cent.

9. Is the bank's average gross NPA ratio (Gross NPAs/Total advances) over the last three years less than 1 per cent and the average net NPA ratio (Net NPAs/Total advances) less than 0.5 per cent?
No. Since a majority of the bank's loan book consists of loans to micro-borrowers (such loans are more prone to turning bad), the NPA ratios can be higher. The three-year average GNPA and NNPA ratios (till March 2020) stood at 2.7 per cent and 0.96 per cent, respectively.

Growth and business
1. Will the company be able to scale up its business?
Yes. The company started operating as a small finance bank in 2017. Until then, it was operating as a microfinance institution. Since then, its loan portfolio has grown briskly at around 35 per cent YoY from March 2018-Dec 2020. This growth has come on the back of CV finance, affordable housing, business loans and others which together accounted for 30 per cent of loan portfolio in Dec 2020. With ample liquidity post the IPO, decent presence across various states and around 93 per cent of lending done in urban and semi-urban regions, the bank will be able to scale up its business.

3. Does the company have a recognisable brand truly valued by its customers?
Yes. Although the concept of brand recall is very limited in the banking companies, the micro-lending business of the bank has consistently seen high customer retention over the years. Customer retention as of December 2020 stood at 87.4 per cent. The joint-lending-group model in micro-lending ensures a fair-degree-long-term relationship with customers.

4. Does the company have a credible moat?
No. The bank's size of business is very small as compared to its peers. As of December 2020, the total assets of the company were just Rs 6,350 crore. To give an idea, the largest SFB, AU small finance bank, had total assets of more than Rs 4,40,000 crore. Since banking is cyclical in nature, a small size of operations makes the bank vulnerable to economic downturns. Moreover, the commoditised nature of the bank's products doesn't provide it with a credible moat.

5. Is the level of competition faced by the company relatively low?
No. Out of the 10 entities that got the licence of a small finance bank by the RBI in 2015, Suryoday's AUM as of FY20 accounted for only 4 per cent. The company, in both its micro-lending portfolio and non-micro-lending portfolio, faces substantial competition from not only other small finance banks, but also from commercial banks, NBFCs and even nimble fintech players.

3. Is the company's PEG ratio less than 1? (The price/earnings-to-growth ratio (PEG ratio) is a stock's price-to-earnings (P/E) ratio divided by the growth rate of its earnings for a specified time period).
Yes. Taking into account the EPS growth during March 2018-2020 and a P/E based upon post-issue TTM EPS, the PEG ratio would stand at 0.47.