Stove Kraft IPO: Information Analysis | Value Research https://www.valueresearchonline.com/stories/48940/stove-kraft-ipo-information-analysis/ Stove Kraft, the owner of the brand 'Pigeon', is a strong player in the booming market of kitchen appliances. Should you invest in its IPO? Here is our analysis. 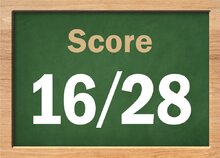 Starting its journey almost two decades ago, Stove Kraft Limited, a company promoted by Rajendra Gandhi, is involved in manufacturing, marketing and exporting kitchen appliances. The company markets its products under the three brands - Pigeon for the mass market; Gilma for the semi-premium category and BLACK + DECKER (under a license agreement with Black and Decker Corporation, the USA) for the premium category. It provides a gamut of kitchen products, including LPG gas stoves, induction cooktops, non-stick cookware, pressure cookers, chimneys, etc. It retails them directly through various channels and has also partnered with three oil-marketing companies (OMCs), HPCL, BPCL and IndianOil, to provide cooktops with new gas connections. The company has also made a foray into manufacturing LED bulbs and other household products, such as floor mops, buckets, dustbins, water bottles, etc.

The market for cooking appliances and non-stick cookware was estimated at Rs 20,670 crore in 2020 and is expected to grow at a CAGR of 11 per cent in the next five years. Stove Kraft aims to leverage its manufacturing expertise, strong brand recall and wide distribution network to expand its product portfolio and grow significantly in the coming years. During FY2018-FY2020, its revenue grew at a CAGR of 12.5 per cent and its EBITDA margins grew to 13.7 per cent in H1 FY2021 from 1.9 per cent in FY2018.

Manufacturing: The company operates two backward integrated manufacturing facilities in Bangalore (Karnataka) and Baddi (Himachal Pradesh). Almost 80 per cent of its products are manufactured in-house, with the remaining being sourced from other original-equipment manufacturers. While the Bangalore facility has a capacity of 38.4 million units and manufactures products for the brands, Pigeon and Gilma, the Baddi facility has a capacity of only 2.8 million units and focuses on manufacturing products which are co-branded with OMCs. Its factories in Bangalore and Baddi have a capacity utilisation of only 21 per cent and 17 per cent, respectively. So, if there is an increase in demand, it can easily cater to that.

Multiple brands, distribution channels: The company caters to customers across the spectrum through its different brands, Pigeon, Gilma and Black + Decker. Apart from having a pan-India reach (including e-commerce), the company exports its products to the Indian diaspora across 12 countries and sells directly to retail chains in Mexico and the USA.

Growth in premiumisation: Rising disposable income and the pandemic-induced lockdown have increased the demand for premium products. The company is already benefiting from this trend as is reflected in higher gross-profit margins, which have increased by 200 basis points since FY2018.

Low profitability: The company made a loss in FY2018 and barely eked out a profit for FY2019 and FY 2020 (net profit margins were less than 0.5 per cent). The primary reason for better results in H1FY21 was the reduction in advertisement and travel expenses, which are not likely to be sustainable in the future.

Competition: Although it operates in a growing market, the company faces intense competition from other established players. It is the market leader in only two sub-segments and a fringe player in many other segments. Litigation: The company is involved in litigation with its associate company over the rights to use the brand, Pigeon. Although the company has won an interim injunction in its favour, the case has been pending since 2015. Besides, there are other proceedings against the company and its promoter for alleged violations of environment laws, worker-safety measures and land disputes.

Others: The company has a high amount of trade receivables and has revealed its inability to collect 15 crore from a large retailer who is undergoing financial difficulties. Its foray into manufacturing LED lights and certain other products (such as ladders) seems to be an unrelated diversification, as they have nothing to do with the company's mainstay of kitchen appliances. 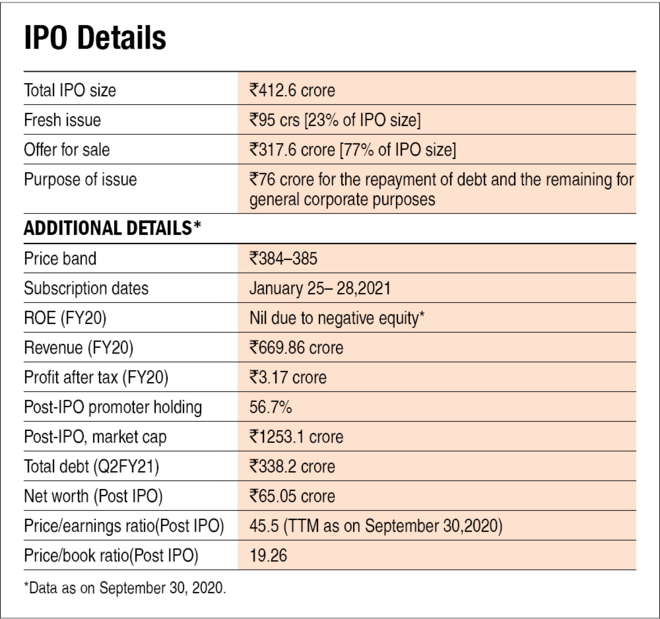 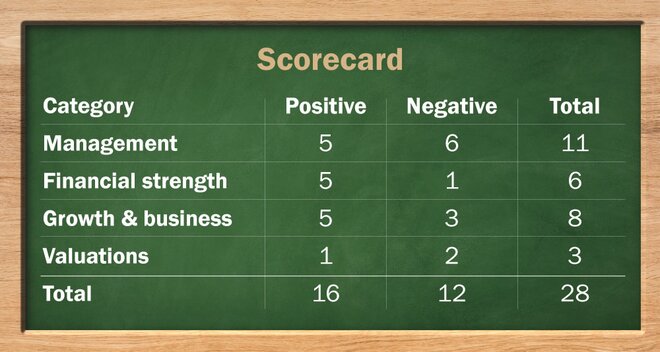 2. Will the company be able to scale up its business?
Yes, the company is operating in an industry which is expected to grow significantly. Given the company's unutilised factory capacity and low market share in many sub-segments, there is enough room to grow.

3. Does the company have recognisable brand/s, truly valued by its customers?
Yes, the company's Pigeon brand is well recognised and present in nearly all states and union territories.

4. Does the company have high repeat customer usage?
No, the company's products are generally meant to be durable and have a higher lifetime. And even otherwise, there is no switching cost and customers can easily switch to different brands.

5. Does the company have a credible moat?
No. The company does not have any unique products and is operating in a very competitive industry.

7. Is the business of the company immune from easy replication by new players?
Yes, the requirement for setting up manufacturing facilities and having a wide distribution network is a barrier that is not easy to cross.

9. Are the customers of the company devoid of significant bargaining power?
No. Since there are many players who offer competing products, the company cannot price their products above market rates.

11. Is the level of competition the company faces relatively low?
No. There are many players and the industry is fairly competitive.

13. Do the top three managers have more than 15 years of combined leadership at the company?
Yes, the promoter has been the managing director since its inception.

17. Is the company free of promoter pledging of its shares?
Yes. The promoters have not pledged their shares.

18. Did the company generate current and five-year average return on equity of more than 15 per cent and return on capital of more than 18 per cent?
No. The company has had a negative net worth for the last five years and has an average five- year RoCE of less than 1 per cent.

23. Can the company run its business without relying on external funding in the next three years?
Yes, the company plans to utilise the proceeds of the IPO to reduce its debt. Also, its debenture holders have converted their debentures to equity and therefore, there should be no specific need for external funding.

24. Have the company's short-term borrowings remained stable or declined (not increased by greater than 15 per cent)?
No. The company's current liabilities have consistently increased in the last four years.

28. Is the stock's price-to-book value less than its peers' average level?
Not applicable, because it had negative equity as on September 30, 2020.

Disclaimer: The company's management has claimed that certain convertible debentures have been converted to equity as of the date of the IPO. But since the said information has not given in the prospectus, all calculations have been made using the data disclosed in the prospectus.

The author may be an applicant in this Initial Public Offering. 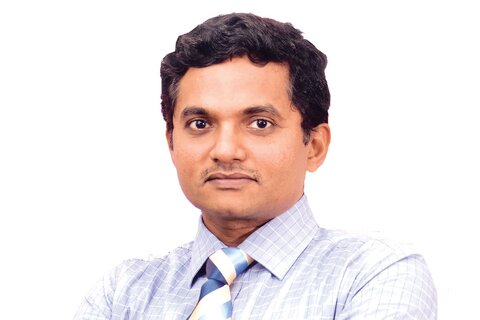 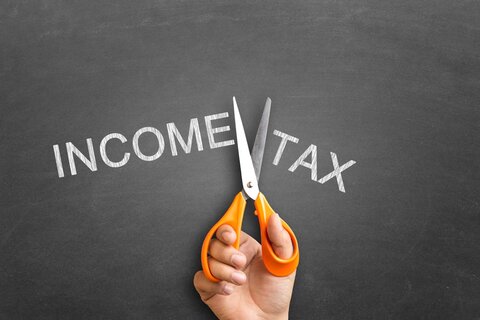 Pay less tax with your investments 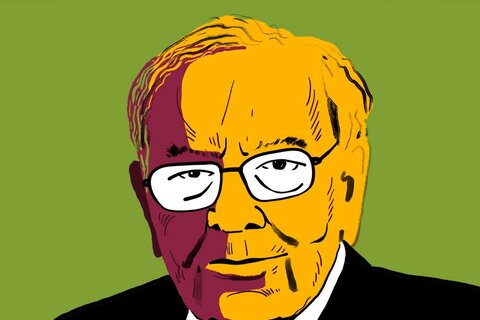 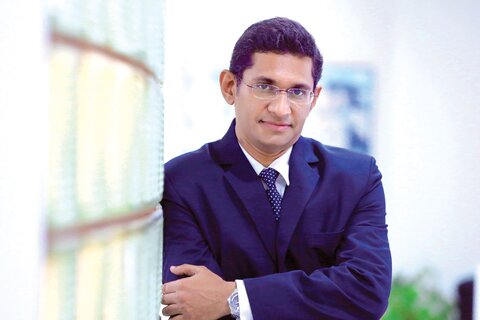 Sachin Trivedi, Fund Manager, UTI Transportation and Logistics Fund, shares his outlook on the automobile and aviation sectors for 2021