Mrs. Bectors Food Specialities IPO: Information Analysis | Value Research https://www.valueresearchonline.com/stories/48801/mrs-bectors-food-specialities-ipo-information-analysis/ The largest supplier of buns to QSR chains in India has come up with its IPO. What is there for investors? Here is our analysis. The largest supplier of buns to QSR chains in India has come up with its IPO. What is there for investors? Here is our analysis. 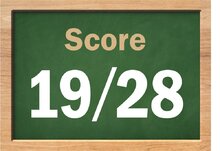 The largest supplier of buns to quick service restaurant (QSR) chains like McDonald's, Burger King, KFC and others in India, Mrs. Bectors Food Specialties (Mrs Bectors) is coming out with its IPO. Mrs Bectors belongs to the Punjab-based Cremica group. The group deals with a range of food products like sauces, snacks, jams, spreads, syrups, biscuits, bakery and others. In 2013-14, group businesses were divided among three brothers, with Mr Anoop Bector heading Mrs Bectors.

Primarily involved in manufacturing premium and mid-premium biscuits (65 per cent of FY20 revenue) and premium bakery (34 per cent) products, Mrs Bectors sells a range of biscuits, such as cookies, creams, crackers, digestives and glucose under the parent brand Mrs Bector's Cremica. On the other hand, its bakery division sells bread, buns, pizza bases and cakes under the English Oven brand in Delhi NCR, Mumbai, Pune and Bengaluru. Bakery products are sold to both retail and institutional customers, including QSR chains. The company also exports biscuits to around 64 countries, which accounted for 22 per cent of the FY20 revenue.

With its focus mainly in North India, Mrs Bectors has a distribution reach of 458,000 retail outlets under the biscuits division and over 14,000 retail outlets under its bakery division. The company is still a minnow compared to other big players. In FY20, it had a market share of just 4.5 per cent in the premium and mid-premium biscuits segment in North India, whereas its market share in the branded bread market was just 5 per cent.

The company has aggressive plans to pursue growth in other parts of the country and is planning to go for a Rs 100 crore greenfield project in Madhya Pradesh in 2023. The company's growth story looks promising, now it's the execution that would matter.

The Issue
The total size of the issue is Rs 540.54 crore. Majority part of the issue is offer for sale aggregating Rs 500 crore by Linus Private Limited, Mabel Private Limited, GW Crown PTE. Ltd and GW Confectionary PTE. Ltd. On the other hand, the proceeds from a fresh issue of Rs 40.54 crore will be used to finance the project costs of its Rajpura expansion plan, which is aimed at establishing a new production line for biscuits. Company/Business
1. Are the company's earnings before tax more than Rs 50 cr in the past twelve months?
No, the company reported profit before tax of Rs 39.2 crore as of March 2020.

2. Will the company be able to scale up its business?
Yes. Even though the company has a major focus on North India, its market share in the premium and mid-premium biscuits for this region remains low at 4.5 per cent. On the other hand, the company's bakery business, under the brand name 'English Oven', is one of the fastest-growing large-scale bakery brands in India. With six manufacturing facilities across five states, the distribution reach to more than 4 lakh retail outlets and new product launches, the company can scale up its business.

3. Does the company have a recognisable brand (s), which is truly valued by its customers?
Yes, following the Cremica group's business division in 2013-14 (see intro), the company was restricted to use Mrs Bector Cremica only for its biscuits business. However, the brand 'Mrs. Bector's Cremica' has a strong brand appeal among customers who associate the brand not only with biscuits but also with sauces, snacks etc. Also, the company's bakery brand, English Oven, which started in 2013, has quickly scaled up and occupies around 5 per cent of the branded bread market in India.

4. Does the company have high repeat customer usage?
Yes, the company's main products - biscuits and bakery - have a short shelf life and are consumed on a daily basis. In the biscuits division, the company is mainly a regional brand with a focus on North India. Britannia and Mrs Bector Cremica are the top two biscuit players in the premium and mid-premium biscuit segments in Punjab, Himachal Pradesh, Ladakh and J&K. Also, the company has a strong association with QSR chains. It is the largest supplier of buns to chains, such as McDonald's, Burger King, KFC and others. Its association with McDonald's dates back to 1996. Repeated consumption, moderate dominance in the focused markets and long-term relationship with institutional customers provide the company with high repeat customer usage.

5. Does the company have a credible moat?
No, the company competes with big national players like Britannia, Parle and ITC in the biscuits segment. These three players together occupy around 65 per cent of the branded biscuit market in India as compared to just 1 per cent of the Mrs Bectors. Even in the bread division, the company holds a market share of just 5 per cent. The company's ad and marketing expenses stand at around just 1.6 per cent of the revenue as compared to 4 per cent of Britannia Industries. Its retail touchpoints in North India for biscuits is less than one-fourth that of Parle. Low brand-building expense, small-scale operations and insufficient retail reach prevent the company from forming a credible moat.

6. Is the company sufficiently robust to major regulatory or geopolitical risks?
No, the company's export business, which contributes roughly 22 per cent, suffered in FY20 because of political and financial instability in certain African countries in FY19. Although the company has in-house manufacturing facilities and is certified from major food regulators, food companies are especially vulnerable to quality risks.

7. Is the company's business immune from easy replication by new players?
Yes. The company's products like premium and mid-premium biscuits varieties like cookies, creams, digestives and forms of bread and bakery products can be replicated easily. However, the brand name and recognition and the distribution channel built over the years are very hard for newer players to replicate.

9. Are the customers of the company devoid of significant bargaining power?
No, the biscuits and bakery industries in India are highly competitive. When it comes to retail customers which contribute roughly 78-80 per cent to the revenue, they have the choice of not only switching to other biscuit brands but also changing their consumption habit.
On the other hand, the institutional customers like QSRs, canteen store department (CSD) and others, which contribute roughly 20-23 per cent to the revenue, have significant bargaining power because of their size.

14. Is the management trustworthy? Is it transparent in its disclosures, which are consistent with SEBI guidelines?
Yes, we have no reason to believe otherwise. However, in the past, the promoter of the company has been subject to disciplinary action by an erstwhile recognised stock exchange, OTC Exchange of India, for the violation of the listing requirement of a promoter group company, CAFL, in which the promoter has 1.12 per cent stake.

15. Is the company free of litigation in court or with the regulator that casts doubt on the intention of the management?
Yes, there is no material litigation going on against the company.

17. Is the company free of promoter pledging of its shares?
Yes, none of the shares held by promoters are pledged.

23. Can the company run its business without relying on external funding in the next three years?
Yes, the company is raising Rs 40 crore from the IPO for the expansion of biscuit production at its Rajpura, Punjab facility. Further, the company is planning to do a greenfield project in Madhya Pradesh in 2023. This project is expected to cost Rs 100 crore and the entire amount will be funded through internal accruals.

The Stock/Valuation
26. Does the stock offer operating earnings yield of more than 8 per cent on its enterprise value?
No, the stock will offer a yield of 5 per cent post IPO based on September 2020 numbers.

27. Is the stock's price to earnings less than its peers' median level?
No, following the IPO, the stock will be priced at around 55 times its FY20 net profit, which is around the peers' median P/E of 54. However, based on TTM earnings the P/E stands at 28.6.

28. Is the stock's price-to-book value less than its peers' average level?
Yes, following the IPO, the stock will be priced at 4.7 times its September-2020 book value, which is lower than the peers' median PB of 8.2.