The wisdom of Taleb, covid edition | Value Research https://www.valueresearchonline.com/stories/48032/the-wisdom-of-taleb-covid-edition/ A session with Nassim Nicholas Taleb's vigorously unconventional views on the Covid crisis is quite an intellectual adventure Having been a fan and a devotee of Nassim Nicholas Taleb since Fooled By Randomness was published in 2001, I was delighted to be part of a Zoom talk and Q&A with him that Aditya Birla Mutual Fund had organised for a small audience last week. Like the best of Taleb's talks, the session had nothing of the 'newsbite' around it. This wasn't TV, so nothing was rushed and there were no interruptions for ads. It was pure Taleb, with his unadulterated knack for looking at everything in a way that cuts through the fluff and immediately gets to the most important stuff.

Taleb, it must be pointed out, has often talked in his books about a global pandemic being among the biggest threats to humanity. Right in the beginning, Taleb's attention turned to what would be the effects of the pandemic. He delivered a typically Talebesque shock by saying that one effect would be that we will be better prepared for the next pandemic! He pointed out that over the last two decades, SARS, MERS, Ebola and Swine Flu had delivered that warning but humanity paid no attention. In these earlier diseases, the world dodged the bullet somehow or the other but finally our luck ran out. Now, having experienced SARS-Cov2, we will pay more attention to all future infectious diseases in the early stages. In general, every time there is a great crisis, we get better at dealing with the next one. I'm sure Taleb is right, but starting to talk about the next pandemic in all seriousness does make the audience sit up and start paying very close attention.

One point he made was that we should have learned from the earlier diseases to cut our losses early, to take severe action when the pandemic had just started. As long ago as January 26, Taleb, along with Yaneer Bar-Yam and Joseph Norman published a paper 'Systemic risk of pandemic via novel pathogens - Coronavirus' in which they concluded that "...these observations lead to the necessity of a precautionary approach to current and potential pandemic outbreaks that must include constraining mobility patterns in the early stages of an outbreak, especially when little is known about the true parameters of the pathogen. It will cost something to reduce mobility in the short term, but to fail to do so will eventually cost everything - if not from this event, then one in the future."

It is remarkable that this was written when the total number of known Covid cases in the world were 2,800, almost all in Wuhan. Everything that Taleb and company recommended at that time had to be done by every country but almost always too late. 'Cut your losses early' sounds like a stock investment strategy (and it is), but it is also the one lesson that the world has learnt at a very great cost, almost all of which still has to be paid.

Another unique take that Taleb had was on the stimuluses that various governments are giving out. Taleb said that the way governments should operate is the way your grandmother would have asked you to - by building reserves which can be used in bad times. However, since World War II, governments have listened to economists and done the opposite - go on borrowing. Looking at the annual GDP figure (and by extension, corporate numbers) is pointless because sooner or later some calamity catches up with you and then you have to cut many, many points from your growth to compensate. This is built into the nature of things but ignored by almost everyone till it catches up.

Interestingly, Taleb does not see the Covid calamity increasing conflict in the world or causing a retreat in globalisation of trade or investments. People will buy wherever goods are cheaper and as he put it, "When goods cross borders, armies do not." Will he be proved right in this too? I don't know, but today it sounds as contrarian as almost everything Taleb says. 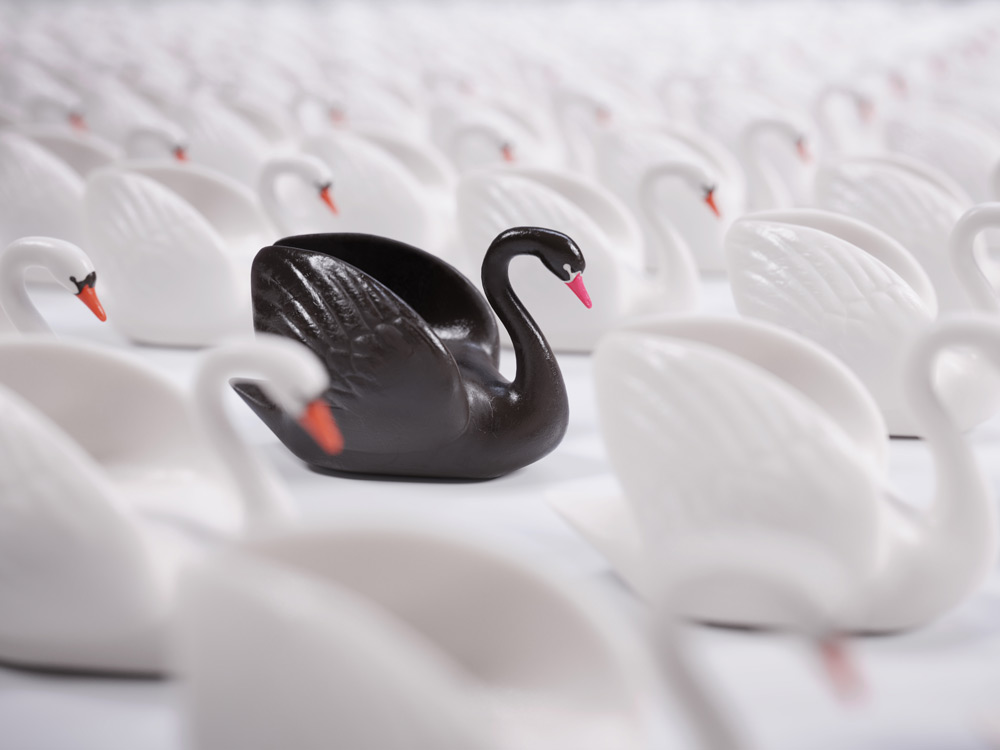