Why Prashant Jain likes PSUs | Value Research https://www.valueresearchonline.com/stories/48011/why-prashant-jain-likes-psus/ Prashant Jain, ED & CIO, HDFC AMC tells us why he's optimistic about PSUs though the market has been ignoring them Prashant Jain, ED & CIO, HDFC AMC tells us why he's optimistic about PSUs though the market has been ignoring them

Prashant Jain, ED & CIO, HDFC AMC has been known to bet on PSUs though they have not been long-term wealth creators. We asked him the reason for his optimism about them and also why the market has been ignoring them.

Prashant Jain:
In my opinion, there are a few misconceptions about public sector companies. Neither all PSU stocks are bad, nor are all private sector stocks good. The large number of failures/problems and significant wealth erosion in several private-sector companies, especially in infrastructure, the NBFC space, banking, telecom, etc., and significant loss of economic value in PSUs (including some unlisted ones) in telecom, airlines, etc., suggests that it is imprudent to make blanket judgements based on ownership alone. Some of the most successful companies in India in power generation, transmission, oil refining and marketing, logistics, NBFCs, etc., are in fact from the public sector. However, it is also true that exceptional companies are mostly from the private sector. This is understandable as PSUs have certain limitations like rules-driven decision making, alignment with social interest, limitations on hiring, compensation, etc. On the other hand, PSUs also enjoy certain advantages, especially in capital-intensive/ natural-resources-led businesses as also in banks, where public ownership gives confidence to people at large. As for the reasons for such a sharp underperformance in the last two years, a study of the financials of PSU companies in oil, power, banks, the NBFC space, etc., suggests that the financial performance of majority of these companies has been largely stable or is improving.

The key issue therefore is why these PSU stocks sharply underperformed in the past two years and if this underperformance is not warranted by fundamentals, does it create an opportunity for the future? The underperformance, in my opinion, is largely due to a large supply of PSU stocks on account of divestment by the government, especially through CPSE ETFs. The inherent structure of ETFs, in my opinion, is suboptimal and is not in the interests of long-term investors. Under the ETF route, a pre-decided mix of PSU stocks is offered at a discount. This, in turn, incentivises the arbitrager or short sellers to invest in ETFs and exit after the ETF is listed. This results in a fall in the share prices of the underlying companies because of sizeable selling pressure. Due to this, some long-only investors are also disappointed, thus aggravating the pressure.

Fortunately, there appears to be a shift in government stance from ETFs to strategic divestments now (source : DIPAM secretary interview, dated February 4, 2020, in Financial Express). This should remove the overhang of regular supply of PSU shares through ETFs in the market. Further, strategic divestments are likely to be at higher prices and should result in open offers creating additional demand for these shares. Strategic divestments should unlock significant value over the medium term, as was the case in strategic divestment done in 2002.
It is also interesting to note that significant underperformance by a sector, despite stable financial performance, leads to undervaluation and creates an opportunity for the future. The following is the list of sectors [see graphic 'Bouncing back'] which significantly underperformed over a period of 10 years and it can be seen were very healthy. To conclude, it is erroneous to judge a business on the basis of ownership alone, public or private. One's investment should be based on the sustainability of business, its competitive advantages, growth prospects and valuation. The reason for significant exposure to PSUs in my funds is because the underperformance of the last few years has made these businesses attractive. In fact, for some of the companies, the dividend yield is between one to two times of the G-sec yields. It will be interesting to watch the next few quarters whether this trend of underperformance reverses or not. In my judgement, this underperformance should end as in the long run, just like the water finds its own level, stock prices eventually converge with the business fundamentals. 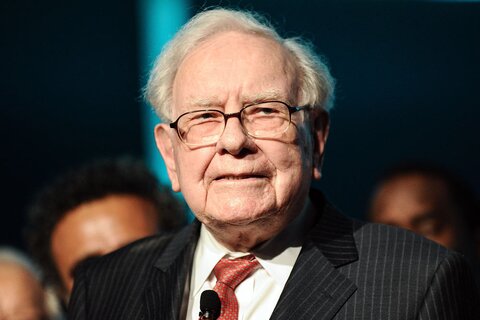 'In financial services, being a tortoise is sometimes a blessing'

Sonam Udasi, Senior Fund Manager, Tata Mutual Fund talks about the problems that ail the financial services industry, and how he ensures quality in his portfolio