Stocks thriving on possibilities | Value Research https://www.valueresearchonline.com/stories/46796/stocks-thriving-on-possibilities/ Read about three stocks that are available at relatively cheap valuations but hold the potential to perform 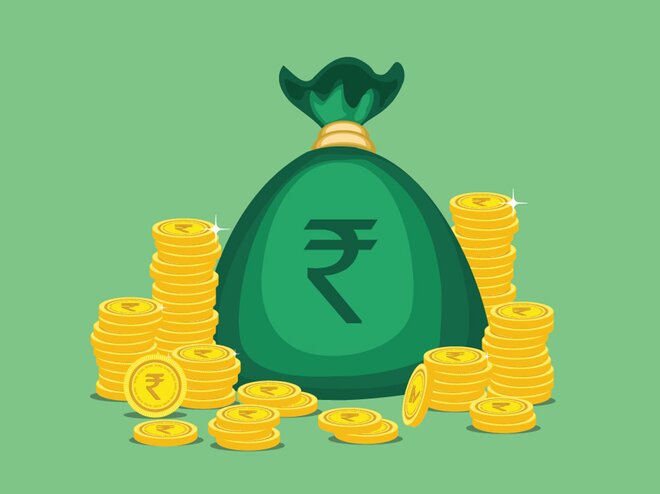 Making a fortune from stocks is probably the ultimate dream of every investor. However, unfortunately, only a handful of them can realise this dream. What is the reason behind it, especially when stock investments are all about 'buying low and selling high?'

Reality paints a different picture. Most investors get scared when a stock trades low or when people are averse to buying the stock. But investment guru Warren Buffet suggested just the opposite, "Be fearful when others are greedy and greedy when others are fearful." Price is always the most important parameter that should be considered while buying a stock.

Given today's highly volatile market, a number of companies are still trading well below their median price to earnings. To capitalise on this opportunity, we carried out an exhaustive search of such companies and identified three.

These three companies rewarded their investors handsomely in the past; however, currently, are trading at a discount to their past valuations (less than median price to earnings). To ensure their quality, we also applied some stringent filters and they cleared all of them. At present, they may be going through a tough time. But, they are still generating serious free cash flows and have superior return ratios. Coincidentally, all three of them are dependent on the automobile sector and the sector's recovery, obviously. But would this recovery take time or it is just on the cards? The future will answer the question.

Mayur Uniquoters
Incorporated in 1994, Mayur Uniquoters is the largest manufacturer of artificial leather in India, having the capacity to produce 3.05 million linear meters per month. Its products are primarily used in the footwear, automobile and furnishing industries. Artificial leather costs around 25 per cent of the cost of the original leather. Besides, it looks very similar to the original leather, which makes it a substitute for the original leather. Mayur caters to reputed clients like Maruti, Mahindra, Tata, General Motors, Hero, Honda, Bajaj, Bata and Relaxo. In FY18, the footwear and automobile industries contributed 50 per cent and 35 per cent, respectively, to its revenue.

It is also in the process of manufacturing products for global brands like Mercedes by FY20 and obtaining approval from BMW for manufacturing in the near future. Recently, it has installed a new production plant and the benefits from this plant will start accruing from FY20. However, in the past three years, the company has not seen any meaningful growth either in its sales or profitability, owing to the factors like demonetisation, GST rollout, higher raw material prices and a slowdown in its major consumption industries. In addition, factors like its inability to pass on the rising costs of raw materials, lower margins, qualified opinion from auditors because of the unavailability of data on wages payment and a lack of clarity in the company's succession plan have kept its investors on the sidelines.

Despite all these factors, its five-year ROE stands at around 30 per cent with a debt-free balance sheet. Its stock has also corrected by more than 25 per cent over the past one year, while its current PE stands at 17.5 versus a 5-year median of 24 times.

Suprajit Engineering
Suprajit started its journey in 1985 as a single product manufacturer with only one client (TVS motors) in its kitty. Today, it is a leader in Indian two-wheeler cables and halogen lamps, also catering to the four-wheeler and non-automotive (tractors, construction equipment and agriculture) cable markets. It has a total capacity of manufacturing 250 million cables and 87 million halogen lamps.

Over the years, the company has transformed itself into a multi-product and multi-customer company, with its clientele comprising top automobile companies like Hero, Bajaj, Royal Enfield, BMW, Maruti, Mahindra, Tata, John Deere and L&T. Suprajit commands a market share of more than 50 per cent in both the two-wheeler automotive cables and organised halogen lamps markets. In 2015, it acquired Phoenix lamps and in 2016, Wescon controls, which paved the way for the company to enter the halogen lamps and non-automotive segments, respectively.

On the other hand, the company is expected to gain its market share following the implementation of GST-which is likely to create a favourable environment for organised market players. Further, the company's recent cable capacity expansion (from 250 million to 300 million), coupled with the growing use of cables in BS-VI-compliant vehicles, rising opportunity in the LED lamps division, untapped segments in the non-automotive cable market and an increasing focus towards aftermarket services and passenger vehicle markets, has made room for growth.

Nevertheless, a slowdown in the automobile sector, owing to rising insurance costs, higher raw material prices and a shift towards BS VI norms are potential headwinds for the company.

A recent fall in its operating margins, as well as revenue growth, has also sent its stock price southwards by around 18 per cent over the past one year. But its current and average 5-year return on equity still stands at more than 20 per cent. It also trades at around 22 times against its five-year median PE of 32 times.

Hero MotoCorp
It was founded in 1984 as a joint venture between Honda (a Japanese company) and Hero cycles (an Indian-origin company). In 2010, they both parted ways, Hero bought Honda's stake and later renamed the company Hero MotoCorp. Since 2001, it has been able to maintain the tag of the world's largest two-wheeler manufacturer. Its scale is so large that in FY19 alone, it sold a total of 7.9 million units. Hero's focussed strategy of manufacturing bikes for masses by targeting the entry segment (110 cc) has paid off well, as it has a significant presence and brand recognition in rural India.

Hero sells two out of every three bikes in the entry level up to the 110 cc market segment, which is commendable. Its large-scale operations, lower priced bikes, ability to pass on costs, better mileage of bikes, suitable bikes for kucchaa roads and lower servicing costs have made Hero stand out of the competition. But, it faces stiff competition in the premium bikes and scooters segments where some of its products have also not fared well.

On the flip side, its lower margins and declining sales volume because of the recent increase in insurance costs, higher raw material costs and stiff competition from other players like Bajaj and TVS can be a concern. Besides, its sub-par revenue and profitability growth are a major issue, too. Nevertheless, the recent correction of 30 per cent in the stock and lower valuations relative to its five-year median price to earnings address this issue to some extent. In FY18, the company's five-year average ROE stood at more than 35 per cent, with free cash flow of more than Rs 3,000 crore and a cash balance of Rs 5,800 crore (11 per cent of the market cap).