A mind trick for yourself! | Value Research https://www.valueresearchonline.com/stories/34745/a-mind-trick-for-yourself/ A neuroscientist explains the trick you must play to manage your money well

The other day, I came across an article about personal finance in which the author tries to organise his personal finances by following advice from a neuroscientist. It sounded like a gimmick at first - why would a brain scientist's advice about money be any good? However, it turned out that the advice was not about saving at all, but about the process of decision-making. It applied some well-known facts about how people make choices and came up with what is essentially a new and scientifically underscored reason for something that we should all be doing anyway. It could be especially helpful to younger people who are struggling to save and invest.

The neuroscientist in the article bases his advice on the interesting idea that making choices and taking decisions is tiring. Throughout our day, whether we go out or are at home, we are faced with many choices. We choose what to eat, what to wear, which route to take to work, when to have coffee, what to say to whom and so on. These are all small matters, but the thing is that they all add up. They exhaust us mentally in an incremantal way and sap our capacity to make big decisions. This may sound like a surprise but there's a good amount of research supporting this and you can also google it to be sure. Both important and mundane decisions can be difficult to make.

One of the hardest decisions to make is how much to spend and how much to save. However, the problem is that unlike some other decisions that one has to make, there is a default available here which is actually the worst. Think about it. Let's say you are one of those people who have a hard time deciding what to order when you go to a restaurant. However, no matter how much you agonise over the menu, eventually, when the waiter starts giving you dirty looks, you'll jab your finger at something. Whatever it is, you will get something on your table, and once it's there, you'll eat it. It's the same with so many decisions like what to wear and which route to take to work.

Saving is not like that, not just for younger savers but even for many older ones. If you don't know how much to save (where to save comes later), then there's no equivalent of eventually ending up ordering something or the other from the menu. There is no menu. The month ends and you save nothing. However - and this was what the neuroscientist was telling us - even if you save, the process of saving and deciding (on the amount and where to save) is exhausting.

There is so much to spend on, and it is so difficult to decide whether each individual purchase is important enough for it to take a chunk out of what you can save. You could buy a car with a Rs 8,400 EMI, or you could buy the one with a Rs 9,300 EMI. The difference of Rs 900 a month is surely worth a slightly roomier, safer, nicer looking car. You could order from a nice restaurant or some fast food, or even some cheap street food from the neighbourhood. How much of a difference would it make?

The solution is simple, and it's the one thing that we can actually learn from the government. Make a budget! According to research, the only way to make better decisions is to make fewer decisions. The recommendation is simple. Pick a number that you must save. Make rough estimates of all your expenditures and do a certain amount of tracking of where the money is going. However, make saving the first priority every month. Try to save at least 15 to 20 per cent of your income. Then, in a sense, you are free from the stress of deciding whether an individual spending decision amounts to splurging or not. You've already saved what you planned to, so if something is a bit of a waste, so be it. Is this the right time to invest in the market? What should a retail investor do amid the current panic and subsequent sell-off? 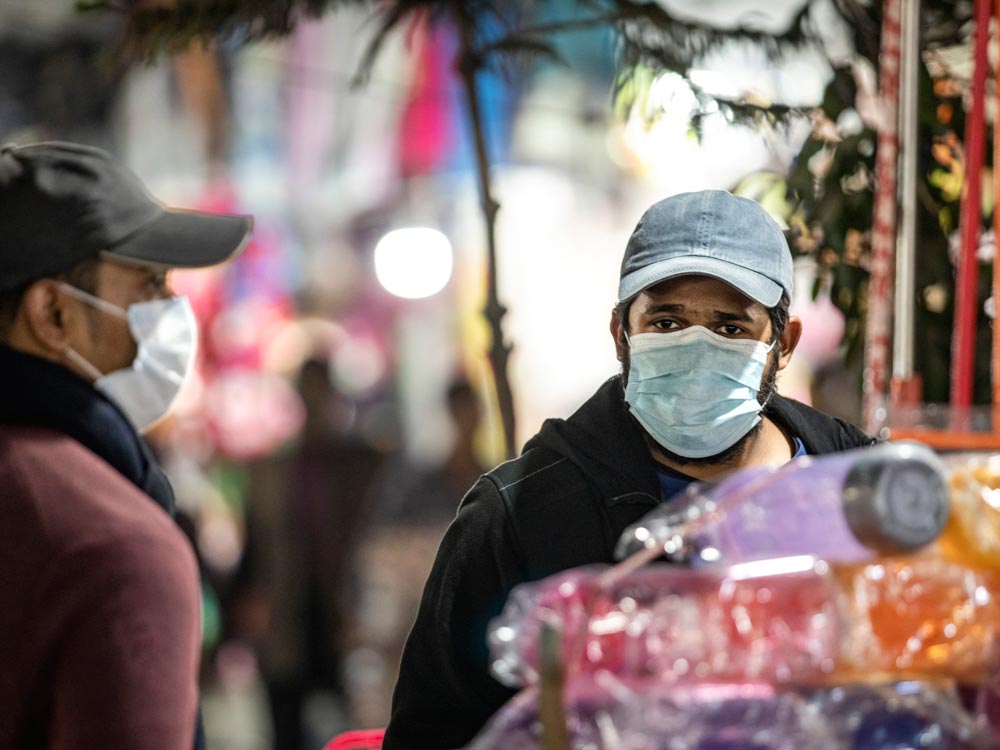