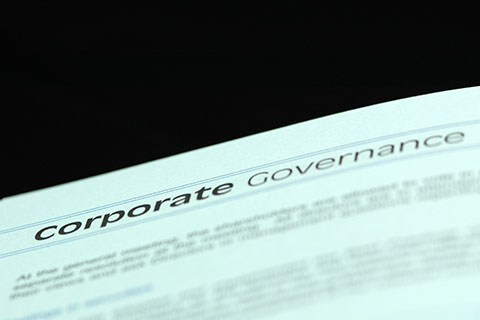 Recent events at Infosys have been one of those rare episodes in Indian corporate governance when mutual funds have exerted their influence to some degree. According to newspaper reports, a group of Indian institutional investors, including heavyweight mutual funds like ICICI-Prudential, HDFC, and Birla Sun Life, wrote to the Infosys board at the height of the crisis. They suggested that Nandan Nilekani be brought back to head the company as no suitable professional would agree to head the company under the circumstances.

I don't know how much of a role fund managers' opinion played in Nilekani eventually returning to Infosys. Perhaps this was an obvious course of events and mutual funds just added their voice to the discussion. However, mutual funds' intervention in the governance of a crisis-ridden company is a welcome event.

Institutional investors, specially domestic Indian mutual funds and insurance companies represent a large mass of small investors and it's counterproductive for them to stay silent. In India, corporate governance standards may be much better than in the past, but are generally not ideal. Outside of a handful of companies that are closely watched, promoters and other insiders are used to having their way. As the Infosys affair shows, events in professionally managed companies can also take highly undesirable turns.

Traditionally, in India, private sector financial investors have believed in 'voting with their feet'. This means that if they think that there is something wrong with the way a company is being run, then they will simply sell their shares and walk away rather than stay and force changes. A major reason has been that individually, mutual funds and insurance companies never have a substantial enough stake to oppose those who are controlling a company. Only by combining their heft--as they have done in Infosys--do they have a strong enough voice to be heard.

In recent years, I recall one other case in a high-profile company where funds got together and opposed an entrenched management. In early 2014, a number of mutual funds combined forces and prevented Suzuki from setting up manufacturing facilities independent of Maruti. They told Maruti that Suzuki's plan to manufacture cars in a new plant of its own and then sell them through Maruti would be harmful to the interests of Maruti's shareholders. They upped the ante considerably by complaining to SEBI. Although they were not able to prevent Suzuki from going ahead, Suzuki had to make changes in its plans in order to placate Maruti shareholders. I don't know who should be labelled a winner in that episode, but it was certainly a step forward.

Interestingly, mutual funds have been coaxed into a deeper involvement with corporate governance by markets regulator SEBI. Mutual funds used to be utterly passive investors. This started changing in 2010, when SEBI asked them to formulate guidelines on exercising their voting rights as shareholders. Later, it was made compulsory for AMCs to reveal their voting record publicly. While funds' track record on this issue is mostly pro-management, the proportion of abstentions is not as high as it used to be. In FY 2016-17, mutual funds voted on a total of 45,738 proposals, voting with the managements in 89.9%, abstaining in 7.8% and opposing in 2.3%. Among fund companies, L&T, Franklin Templeton and SBI opposed managements the most, voting against 11.5%, 7.6% and 6.1% of proposals. Many AMCs seem to be abstaining instead of voting against proposals. For example, Kotak voted for just 71.3%, but abstained from 28.2%. However, the way shareholders' meets work in India, an abstaining effectively works as a vote for.

Mutual funds and other institutional investors need to be a lot more active in monitoring corporate governance. The way modern capitalism works, professional boards and CEOs have no real skin in the game. Owners, whether founders like Infosys' or other shareholders can easily end up with the feeling that the business is not being run in their interests. Without commenting upon who's right and who's wrong, one can say that this was exactly the problem in Infosys. However, I must point out that Infosys is an exception wherein the founder-promoters are on the outside trying to get in. Normally, Indian promoters, despite the company being a public one, are used to behaving like owners. Shareholders' passivity plays into their hands. The only way to improve corporate governance is greater involvement and monitoring from all shareholders.