The diamond myth | Value Research https://www.valueresearchonline.com/stories/34192/the-diamond-myth/ The idea that diamonds are rare and valuable and can serve as an investment is a recent invention 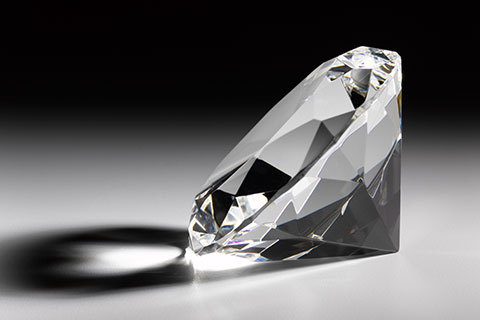 Some days back, while reading a news item about a diamond investing scheme, I recalled an article I read a long time ago called 'Have You Ever Sold a Diamond?' Published in the pre-internet days in a popular American magazine, this article--later expanded into a book--laid out in great detail how the idea that diamonds are rare and valuable, and that they are a sign of great prestige and that their value keeps rising is an invention of the last 80 years so.

Till the late nineteenth century, the world's diamond production was irregular and tiny, being limited to a handful of locations in India and Brazil. Then, in 1870, large diamond mines were discovered in South Africa from which a huge amount of diamonds could be mined. The British financiers who had funded the mines realised that the rarity of diamonds was gone forever. If the South African mines were to produce at will and the laws of demand and supply took their course, then diamonds would be worth far less than any other precious stones. They decided to form a monopoly, merged their interests and founded what was then called the De Beers Consolidated Mines Ltd. Since that time, till about 2000, De Beers controlled most of the diamond mining and trade in the world, tightly controlling supply and prices.

However, the marketing masterstroke in diamonds came much earlier. During the great depression, diamond prices had fallen sharply. In 1938, Harry Oppenheimer, the 29-year old son of the De Beers founder went to the US to try and expand the market there. He hired a leading ad agency named N.W. Ayer and launched a multi-decade marketing campaign to convince Americans to buy more expensive diamonds. The campaign was fabulously successful and essentially created the idea of diamond jewellery being bought by men for women, with the value of the diamond being an index of wealth and love. It was a strange idea but it was brilliantly marketed and eventually became normalised all over the world.

In the De Beers annual report of 1971, Harry Oppenheimer laid down the principle on which the business is run, "A degree of control is necessary for the well-being of the industry, not because production is excessive or demand is falling, but simply because wide fluctuations in price, which have, rightly or wrongly, been accepted as normal in the case of most raw materials, would be destructive of public confidence in the case of a pure luxury such as gem diamonds, of which large stocks are held in the form of jewelry by the general public."

The cornerstone of this strategy was to control the supply and prices perfectly. To that end, the idea that diamonds should never be sold and be held forever was specifically invented in that ad campaign. The phrase 'A Diamond is Forever' was written by a copywriter at that ad agency and eventually became the motto of De Beers, and of course the basis of a James Bond movie. During the 1960s, the Soviet Union discovered large diamond mines (albeit producing only small diamonds) in Siberia but De Beers easily co-opted the great socialist state into its system, becoming the sole distributor of the Siberian diamonds as well.

Although De Beers is no longer a complete monopoly, the basis of the value of diamonds is a constriction in supply. An integral part of that is the inability of members of the public to actually realise a diamond's value if they want to redeem that investment. Unlike gold or any financial investment, there is no practical way to transparently assess a realisable (and the word realisable is key here) value of any diamond you own, and then actually encash it. People who try to sell a diamond always discover that there seem to be dozens of variables, many of which seem to uniquely apply to the stones they have. The actual value realisable even after years of owning a stone generally comes as a shock to them.

This sounds like the most obvious thing in the world to say, but the goal of investing is not to buy, but to sell. If you can't find anyone who has realised the value from owning a diamond, then it can't be an investment.