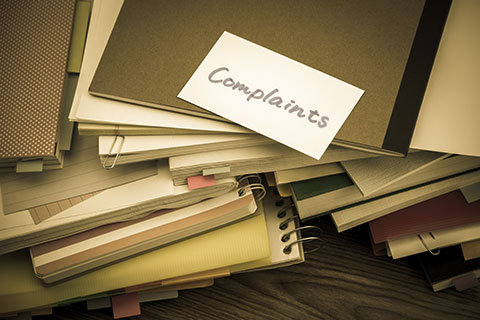 The Indian mutual fund industry continues to deal with investor complaints in an efficient manner. Though FY17 saw 32 fund houses witnessing 27,695 complaints compared to 27,255 in FY16, most of the grievances were resolved quickly. It should be noted that a majority of the fund houses witnessed lesser number of complaints.

As per regulations, mutual funds are required to disclose details of investor complaint received by them within two months of closure of the financial year. Accordingly, most of the fund houses have made this data available to AMFI or their websites by 31 May. An analysis of complaints logged by investors shows that FY17 presents a small year-on-year jump in total plaints, after a 7% drop in FY16.

FY17 was a big year for the MF industry, with robust inflows and new investors joining the long-term wealth creation party. The number of folios with 32 fund houses (whose data is readily available) went up by nearly 16% to 5.57 crore in FY17, versus 4.81 crore in FY-16.

As expected, the largest number of complaints were logged in the comparatively larger fund houses. The list was topped by SBI MF as it recorded a whopping 6924 complaints in FY17, which is a four-fold rise compared to FY16. Data corrections in statement and SIP related complaints were a pain point for SBI MF this year.

SBI MF was followed by ICICI Prudential, HDFC, and Franklin Templeton. You will find the top 10 names and figures below.

An SBI spokesperson said, "During the period Sept'16 to March'17, there was continuous high inflows of SIP applications (over 6,00,000 SIPs). This spike in volume resulted in delays in processing of registrations, which in some cases resulted in delayed processing of triggered transactions. This is the primary reason for the increase in no. of complaints. Of the 6924 complaints in FY17, 4984 pertain to SIP registrations and 1645 were related to corrections in investor details. The process has since stabilised and we have put in place a monitoring mechanism to pre-empt such issues from recurring."

Across the industry, most number of complaints came in the form of data corrections in investor details, discrepancy in statement of account, non-receipt of statement of account/unit certificate and non-updation of changes such as address, PAN, bank details, nomination, etc. With systematic investment planning becoming popular, a large number of SIP-related issues were also seen, and were reported in the 'others' category.

As a percentage of total number of folios, the number of complaints remained well below 0.1 per cent in most cases. However, just like FY16, a notable exception was PPFAS MF which received 124 plaints for 11297 folios, i.e., 1.10 per cent. But, then again, new fund houses do face more issue because of their inability to streamline certain processes.