The curious case of fund charges | Value Research https://www.valueresearchonline.com/stories/33515/the-curious-case-of-fund-charges/ The percentage that you are charged for investment management is actually very different from what you think it is

The curious case of fund charges 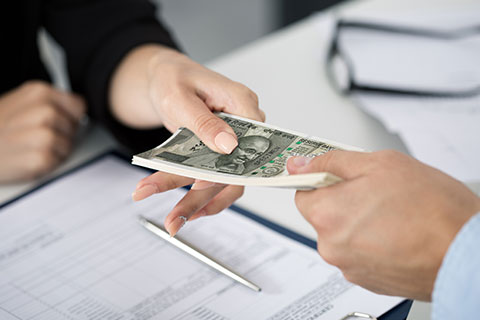 In this new era of low interest rates, the issue of expenses charged by investment managers should be looked at afresh. “Huh,” you might say. What’s the connection? What do interest rates have to do with mutual fund expenses? Those who run mutual funds, ULIPs and other such investment products will sit up in alarm wondering what fresh trouble I’m trying to foment for them.

However, if you think through the maths of investment management fees, then the connection becomes quite clear. Let’s say you invest Rs 1 lakh in a fund. This fund charges 2.75 per cent for managing your money. In the first year, the fund lost (pre-expenses), 14.25%. However, after charging expenses of 2.75%, the investor’s investment value was down by 17%. The next year, the fund gained 35.65%. After expenses, the investor gained 32.9%. Over the next four years, these were the pre-expense percentage gains (with the post-expense numbers in brackets). 8.31 (5.56), 52.44 (49.69), 9.41 (6.66), and 4.64 (1.89). Do read the numbers carefully, to get an idea of what’s going on. Also, keep in mind that these numbers are based on the performance of a real fund over the last six full calendar years. The pre-expense numbers are extrapolated from the expenses of this fund. So these are not actual declared pre-expense numbers (funds do not declare this) but are realistic.

Taking the cumulated performance over six years, the investors’ Rs 1 lakh would have grown to Rs 2.19 lakh, a gain of Rs 1.19 lakh. However, after taking the expenses into account, the real growth was to Rs 1.89 lakh, which is a gain of Rs 89,000. In all, the fund took away 25% of the gains as expenses. There’s nothing unusual about this number, it’s quite typical for equity mutual funds. For ULIPs and Portfolio Management Schemes, it would actually be much higher because they charge differently. For a typical income fund, over the same period, Rs 1 lakh grew to Rs 1.89 lakh pre-expense, but Rs 1.72 lakh post-expense. This amounts to the fund charging 19% of the gains as expenses. This takes into account a lower expense level of 1.5%, which is more typical of income funds.

However, let’s now come to the interest rate bit which I mentioned at the top, about how these numbers are going to get even worse as we enter a period of low interest rates. Let’s re-examine the income fund first because the effect is the clearest there. While income funds make windfall gains when interest rates fall, once rates have settled at a lower level, they make less money. Roughly, they make less money in the same proportion as rates have fallen. So, let me redo the income fund calculation assuming each year’s return would be 7/9ths of what it was. It turns out that instead of paying out 19 per cent of gains as expenses, you would pay out 20 per cent. The impact of a lower returns on equity funds would be just as clear cut, where a returns reduction of 1/5th would lead to 30% of gains going to the fund management company as expenses.

Of course, I’m sure that plenty of investors would be surprised at what a large proportion of their returns go to expenses. 2.75 per cent sounds like a modest figure. However, that’s 2.75 per cent of the total amount, which includes the principal which is yours to begin with. The service you get, which you are paying for, is the getting returns on your money. When seen from this perspective, the expenses charged can be very high.

Do you think such numbers are unfair? If you do, there’s not much you can do because while some funds are a bit cheaper, these are the ballpark figures for how much you have to pay to get your money managed. This is completely legal, the various financial regulators are fine with it and so you’d better be too. Are you?