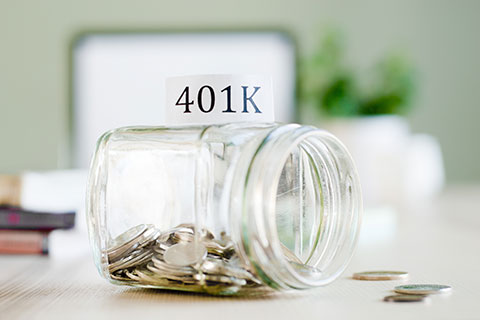 It is budget time. Among the many wish-lists that are strewn all over, is a key proposal from the MF industry that has been lying untouched for years together. The mutual fund industry lobby has been trying to persuade the government to introduce a mutual fund plan, akin to the 401(k) plan in the US. Let us examine how this product differs from others in the market.

AMFI proposal
According to AMFI officials, investors would get to invest in the Mutual Fund Long Term Retirement Plan (MFLRP) with portfolio options, such as conservative, moderate and aggressive. The options would be based on the risk appetite of the investor. The investor would get to redeem the full investment when he turns 60.

Importantly, AMFI wants the scheme to get the EEE (exempt, exempt, exempt) tax treatment, which means there will be no tax outgo for the investor during investment, accrual and withdrawal.

EEE status is generally enjoyed by long-term investment vehicles, such as Public Provident Fund (PPF) and Employees Provident Fund (EPF). Currently, other instruments such as equity-linked savings schemes (ELSS or tax saving MFs) and life insurance policies also enjoy the EEE status. Notably, the NPS doesn't enjoy the EEE status. Under the present tax structure, 40% of NPS corpus is not taxable and there is another 40% to be mandatorily put in annuities, which is not taxable during investment. The remaining 20 per cent is taxable.

History
It was probably in 2004 that the MF industry had for the first time suggested that Indian investors need a 401(k) like plan. The MFLRP is an offshoot of those suggestions because the primary purpose remains the same. The salaried workforce would contribute a part of their income to the plan, the funds would be invested in various mutual funds and add up to the retirement kitty. By giving tax exemptions at every stage, investors would be assured that their retirement corpus will be untouched.

How US 401(k) works
In the US, 401(k) plan is the tax-qualified, defined-contribution pension account. The best thing about a 401(k) is the control over how your money is invested. 401K plans are offered by many mutual fund houses and employees can choose from any of the fund houses on the menu of their employer. At the end of 2015, 401(k) plans accounted for roughly $4.7 trillion of the $24 trillion in total retirement plan assets in the United States. That shows the popularity of the plan.

To many Indians, 401(k) may seem to be just like the National Pension System (NPS). This is because NPS too is a defined contribution market linked scheme. But the one difference is that the MFLRP will be offered by multiple fund houses, while NPS is offered by one central entity, the PFRDA.

The 2015 Indian Budget increased the maximum possible deduction under NPS to Rs 1.5 lakh, and also allowed for an extra deduction of Rs 50,000 over and above the limit under 80C. The NPS plan also isn't 100% equity. The 'Aggressive Life Cycle Fund' allows subscribers equity exposure of up to 75% and that share is brought down as the investor ages.

Taxation
The traditional 401(k) plan allows employees to make pre-tax contributions to the plan, but it taxes withdrawals from the account. In case of the Roth 401(k), contributions are made with after-tax dollars, but withdrawals are fully tax-free so long as certain conditions are met. Please note that distributions, and earnings, are includible in taxable income at retirement.