Smart investors are already prepared | Value Research https://www.valueresearchonline.com/stories/32893/smart-investors-are-already-prepared/ For investors who have taken these basic precautions will find that they are all set to tackle a disruption 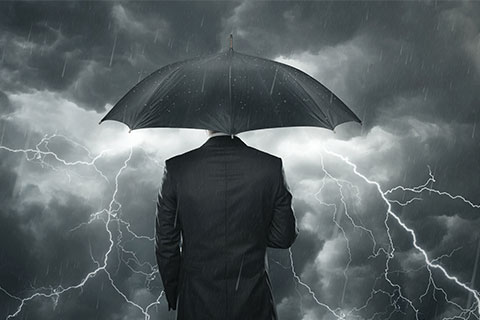 In post-demonetisation India, there are few immediate certainties. In a time like this, there is a great danger of acting upon half-baked opinions and wishful thinking rather than hard facts. We know that the eventual impact of demonetisation will be hugely positive; and the short-term impact, negative. But this statement has little actionable information.

At this stage, very little can be known about the effects of demonetisation and how it will impact specific industries, businesses, savings and investments. Even though a slowdown of some sort is all around us, how long it will last is unknown. Even more importantly, the evidence of a severe reduction of black-money generation is also all around us at the small- and medium-sized transaction level. The positive effect of this on taxes and downstream use of this money is definitely not measurable at this point.
However, there is an illusion of certainties that analysts, brokers and the like are generating. The biggest example of this is the fiasco surrounding the RBI's routine bi-monthly monetary policy announcement on 7th December. It looked certain that the RBI would reduce interest rates, given the slowdown in the economy. There was literally no one who didn't share this opinion (I confess I did, too). Everyone inside the echo chamber was so convinced of the logic for the rate cut that no one would even consider the counter argument.

And then came the actual announcement from the RBI that there would be no change in interest rates. The RBI governor's logic was very simple: nothing is known yet. No data is in about the actual impact of demonetisation, but Governor Patel pointed out plenty of other factors that suggested that interest rates should be held.

The net result was that a lot of people lost money. Bond markets as well as fixed-income mutual funds had positioned themselves with the dead certainty that interest rates would come down sharply. Most bond funds lost in the range between 1 and 2 per cent. That sounds like a lot, but it comes as part of a period when the overall gains are still a huge 2 to 5 per cent for the month.

The biggest lesson from the rate fiasco and the whole month in general is something sensible investors have known for ever: don't try to time the market. As the demonetisation impact plays out over the next year or so, there will be an enormous temptation to play this trend or that. My advice on this is simple: don't do it. Things will go downhill for a while, and then at some point turn sharply upwards. The usual suspects will try to time this. For example, there may be demonetisation-related good news on the fiscal and tax-collection front when the Union budget is presented. Is it worth trying to time this in some way? Definitely not.

A basic principle of investment is that one should always be prepared for disruptive events. This is easily achievable by investing only in quality investments since they are the ones most likely to come out in good shape after a disruption. You should also invest your money gradually, through an SIP, so that a sudden drop in NAVs does not wipe out a great deal of fresh investments.

For investors who have taken these basic precautions will find that they are all set to tackle a disruption and have nothing to worry about.