GreenSignal Bio Pharma IPO - Should you buy? | Value Research https://www.valueresearchonline.com/stories/32429/greensignal-bio-pharma-ipo-should-you-buy/ The potential of a promising product sits ill at ease with shaky profits and cash flows. Read our tests to understand this company

The potential of a promising product sits ill at ease with shaky profits and cash flows. Read our tests to understand this company 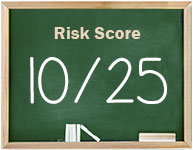 Despite its name, this company has raised far more red signals for us than green ones. Nonetheless, let us look at the green ones first. India has a birth cohort of 27 million babies every year - a ready market for the company's principal product - childhood tuberculosis vaccines for which it has only one major competitor. Higher priced exports are also increasingly contributing to the company's revenues. The company has also been WHO pre-qualified to supply its products to UNICEF (which counts it as a supplier).

And now for the red. The company had negative earnings in the four years preceding the last financial year (at which point they barely edged into positive territory). Cash flows are equally abysmal being negative in the current year and in two of the past five preceding years. The company derives about 80% of its revenues by selling a single vaccine (which faces the very real risk of being replaced by a better substitute). Its revenues are strongly dependent on government contracts and its largest product is subject to price regulation.

The company's management has failed to explain in sufficient detail, certain major changes in its financials in the prospectus and we are also sceptical of a recent allotment of shares to the promoter. That said, a fuller picture is revealed in the answers to our questions. Read on.

Who's selling and how much?
The Promoters and other shareholders are selling a part of their stake. After the stake sale, the Promoter holding will fall from 83.55% to 51.79%. In total, shares worth 117 crore are being offered. 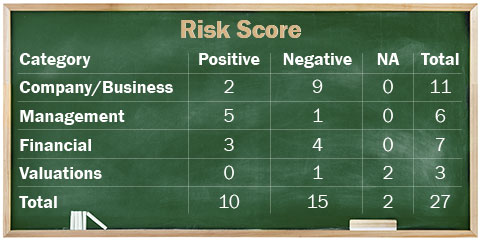 2. Will the company be able to scale up its business?
No, company sells only 2 products which are liable to become outdated over the long term.

3. Does the company have recognizable brand/s, truly valued by its customers?
No, both its products are generic. However, one of the products (BCG Vaccination) is mandatory in 64 countries and recommended in additional 118 countries. Most of its products go to the Ministry of Health, UNICEF and customers in Indonesia and Nepal. Orders are usually placed through tenders which award contracts to the lowest bidder.

4. Does the company have high repeat customer usage?
No, the BCG vaccine is used only once in a lifetime, at the time of birth.

5. Does the company have a credible moat?
No. company operates purely in the generic pharma space which does not have entry barriers, along with low and generally regulated margins.

6. Is the company sufficiently robust to major regulatory or geopolitical risks?
No, the company sells only two products and that too in pharma space. Any regulatory finding related to quality of its products or failure of compliance with various national and international regulations would a pose significant risk to the survival of the firm.

7. Is the business of the company immune from easy replication by new players?
No, there are no barriers to entry or exit or technological barriers.

8. Is the company's product able to withstand being easily substituted or outdated?
No, the BCG Vaccine provides only partial protection. 16 other TB vaccines are currently undergoing clinical trials. (Source: WHO)

10. Are the suppliers of the company devoid of significant bargaining power?
Yes, there is nothing in the prospectus that leads us to believe otherwise.

11. Is the level of competition the company faces relatively low?
Yes, there is only one more exclusive manufacturer of the BCG Vaccine in India (Serum Institute of India). Globally, there are only five vaccine manufacturers (including Greensignal) which are certified by WHO.

14. Is the management trustworthy? Is it transparent in disclosures which in consistent with Sebi guidelines?
No. The Promoters have been allotted 44.33 lakh shares (11.55% of the company) at a discount of 60% to the upper end of the current issue, as recently as 26th March,2016. This, in our opinion, leaves us unable to answer this question in the positive.
Furthermore, the company paid 12.81 cr (28.5% of Net Worth) towards other liabilities in FY 16 which they have failed to explain in sufficient detail.

20. Did the company increase its revenue by 10 per cent CAGR in the last five years?
No, revenues have been unstable. The company failed to win significant government contracts in the past two years which depressed revenues.

22. Is the company free from reliance on huge working capital for day to day affairs?
No, company seems to lack a proper inventory management system which can be seen through huge fluctuations in the inventory days ratio which was 705 days in 2013-14 and 113 in 2015-16.

23. Can the company run its business without relying on external funding in the next three years?
Yes, after the current issue, we do not expect that they will raise further capital from outside.