Adam Smith: The father of modern economics | Value Research https://www.valueresearchonline.com/stories/30181/adam-smith-the-father-of-modern-economics/ Words of wisdom that make even the dismal field of economics scintillating and colourful 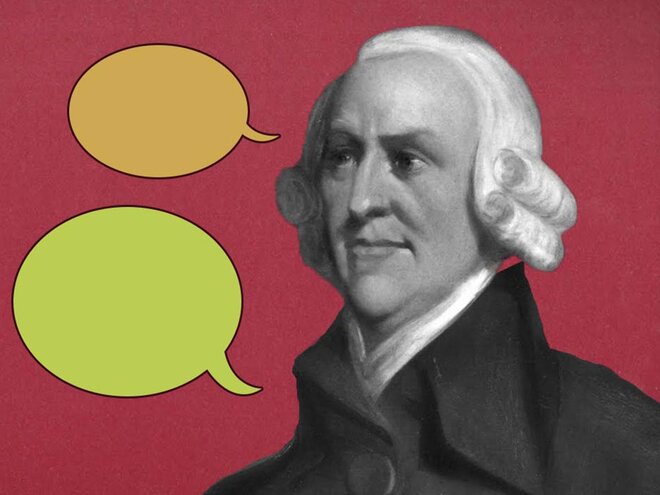 'It is not from the benevolence of the butcher, the brewer, or the baker that we expect our dinner, but from their regard to their own interest,' said Adam Smith, who is also called the father of modern economics, in the eighteenth century. Smith is famous for his classic work The Wealth of Nations. Smith understood back then what we all know now quite instinctively: self-interest drives the world. It's from the fulfillment of self-interest that charity and philanthropy arise. This one quote from him isn't the only one that made a deep point while being so simple and interesting. Smith, in spite of being an economist, had the reputation of being witty and direct.

Here are some more interesting quotes from him: