A bet on your own life | Value Research https://www.valueresearchonline.com/stories/29215/a-bet-on-your-own-life/ A long forgotten type of annuity could be part of a solution to India's retirement problem

A bet on your own life 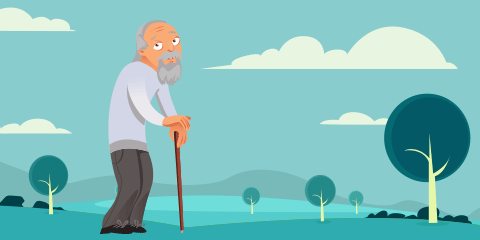 A global pension index--Melbourne Mercer Global Pension Index--has scored India last among the 25 countries it has ranked. India's score fell from 43.5 in 2014 to 40.3 in 2015. The score indicates the coverage and efficacy of the retirement funding system in each country. The countries in the list add up to about 60 per cent of the world population. The overall score is split into three subscores, which are Adequacy, Sustainability and Integrity. India scores the worst on adequacy while some richer countries (Japan!) have poor scores because of low sustainability, probably because of rapidly ageing populations.

In any case, outside the sliver of our population that has either a pensionable job or some other means of old age sustenance, it's probably correct that India's retirement situation is worsening. The National Pension System is a decade old but has made hardly any headway outside the mandatory participation of government employees.

Longer lifespans will no doubt add to the problem. Even for those who do have some reasonable savings, sustaining a steady income for a long retired life is a tough task given the poor real returns from fixed income assets. Interestingly, there once used to be a form of retirement investment that would solve this problem in a most interesting way. A group of retirees' investments would be pooled together and they would get an equal share of the income. Whenever any one of them would die, it would enhance the income of the rest. As years would go past, those who lived the longest would get an increasingly higher payout--which is exactly what they would need. People joined gladly because it seemed like a bet on their own long lives--something everyone believes in.

Sounds fascinating, doesn't it? Google the word 'tontine' to see whether it makes sense in today's world.