S&P BSE Sensex, which represents the most traded 30 stocks in the Bombay Stock Exchange, is synonym with the stock market. Most investors use it to track the daily movement of the sock market. However, a closer look at the performance of the 30 stocks that form the Sensex in the last six years -- post-2008 slowdown, to be precise -- reveals that all of them couldn't match the performance of the Sensex during this period.

The analysis raises some interesting questions. One, does it really make sense to invest in an index which has 1/3rd of its constituents dragging it down for such a long period? Should you focus only on the winners? 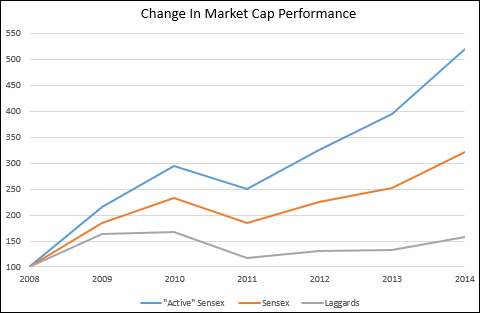