Markets up despite low ROE | Value Research https://www.valueresearchonline.com/stories/200144/markets-up-despite-low-roe/ Since 2010, while the Sensex has moved up, the return on equity of Indian companies has fallen

Markets up despite low ROE

Since 2010, while the Sensex has moved up, the return on equity of Indian companies has fallen 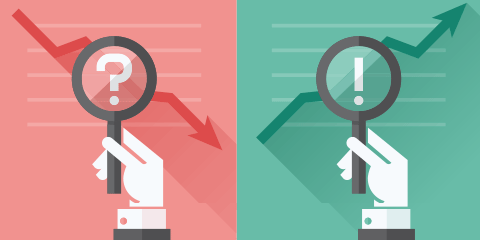 The almost 11% fall in the Sensex since its January opening has mostly been blamed on the global meltdown in stocks and commodities. Despite India's obvious advantages as a commodity importer and a closed economy to boot, foreign investors have fled at the slightest whiff of increasing global risk. While that may be true, chart 1 shows perhaps there might be more fundamental factors at play. After peaking just before the 2008 financial crisis, return ratios for Indian firms have fallen. Both return on equity (RoE) and return on capital employed (RoCE) have tailed off in recent years, a clear reflection of poor earnings growth and a demand slowdown.

Notice from the chart how both RoE and the Sensex went up hand in hand during 2003-07. Since 2010, however, while the Sensex has moved up, RoE has fallen. This mismatch between corporate returns and the new economic growth numbers have added an element of uncertainty, and risk, when it comes to evaluating Indian stocks. As pointed out earlier in this column, the gap between Indian return ratios and those of other Asia-Pacific countries too has narrowed in recent years and this is not fully reflected in the price-to-earnings multiple premiums. Thus, a lower RoE and RoCE also make a case for markets to correct further, especially since nobody expects a quick turnaround.

Secondly, lower return ratios are also a disincentive for further investment and drag on future growth prospects. Consider chart 2 where average government securities yields are taken as a proxy for lending rates. In the last four fiscal years, even average government borrowing rates are far higher than RoE. For companies, borrowing rates would of course be higher and the gap with RoE wider.

Given the high leverage of Indian firms and a higher cost of (at least debt) capital, where is the interest in fresh investing? That's probably one reason why industry has been one of the most vocal groups in pressing for more aggressive interest rate cuts.

The last time RoEs were at this level was the early 2000s, just after the dot-com bust. But by fiscal year 2003, interest rates had come down fast while return ratios trended up, leading to a spectacular bull run.