Change in Shift, for Now it’s Over to Pharma | Value Research https://www.valueresearchonline.com/stories/11659/change-in-shift-for-now-it-s-over-to-pharma/ Sanjay Dongre, fund manager of UTI Pharma & Healthcare tells us why he’s bullish on the pharma sector

Change in Shift, for Now it’s Over to Pharma

Observations on the last quarterly results...
Some companies bought others in the emerging markets, in the U.S. and Europe. Even after three to four years, the benefits of the integration are still not reflected in the earnings to a large extent. There was rupee appreciation, regulatory issues abroad and other such factors which proved to be a hindrance, thus the acquisitions to date have not borne much fruit. If you look at the past few years, though Indian companies have been targeting the U.S. generics drug market, which is the biggest generics market in the world, there has been a high degree of price erosion in most of the products. For instance, if a company was going off patent, there would be a number of companies launching that product. Once the patent expired, at least 8 to 10 other generic companies would launch a similar product resulting in a lot of competition. There have been instances where price erosion on the first day of the launch of generics, would be as much as 99 percent. As a result, the companies were not in a position to reap supernormal profits.

Therefore the companies were not able to show good growth in the top and bottom line. In addition to all this there was rupee appreciation which was eating away at the profits booked in foreign currency.

But in the last two quarters we have seen a change. Pricing pressure has ebbed and margins have stabilised in the overseas markets which is getting reflected in the numbers. Thus the companies are doing well domestically as well as overseas even while the rupee has begun to depreciate again.

On the growth prospects of the Pharma sector...
The returns from pharma sector will be relative to the market. The market is expected to remain range bound in the short term on the back of higher inflation, higher interest rates and weaker rupee. Pharma being a defensive and under-owned sector is likely to outperform the broad market.

Currently, investors are still significantly underweight in this sector. It is a secular growth story and the domestic market will grow at 10-12 per cent. Exports are looking up. If the rupee continues to depreciate, it will add to the earnings growth trajectory. In such a situation the growth exhibited by pharma companies could be more than that of companies in other sectors, relatively speaking.

We are quite excited about the CRAMS space. Globally, companies are reducing their R&D spend and outsourcing it. These big players are entering into collaborative drug discovery research and manufacturing arrangements with Indian companies.

Manufacturing costs in India being lower than overseas, this space may exhibit slightly higher growth. Overall strong micro environment is expected to translate into high revenue and earnings growth for CRAM companies. But the listed opportunities here are very limited. We also like companies with a strong pipeline of exclusive or niche products.

On what could hinder Pharma industry's growth...
In India, we can always expect a secular growth of 8-12 per cent per annum since the pharma and healthcare industry is rather immune to economic cycles. In the last two years, the domestic pharma market has been doing well driven mainly by volume growth.

But being an export oriented business model, significant rupee appreciation is likely to impact the earnings of generics and CRAM pharma companies.

Regulatory issues within the country and globally are cause for concern. There are differences between the government and pharma industry on the New Pharmaceutical Policy. The government wants more drugs to come under price control. This will naturally hit the profitability of the companies. Given the strong opposition from the pharma industry, the government has appointed a Group of Ministers (GOM) to give a final recommendation on the New Pharmaceutical Policy. We shall have to wait and see the outcome of this process.

On pharma as a defensive sector.....
Earlier, growth exhibited by pharma companies was less than that by companies from other sectors. Today, it's a different situation. Expectations of a slowdown in GDP to less than 8 per cent, the dismal situation in the U.S., concerns about inflation, interest rates and the weakening rupee is weighing heavily on the performance of most sectors of the economy. With expectations down, the relative growth exhibited by pharma companies looks attractive again. That's why investors are shifting a part of their assets into pharma. 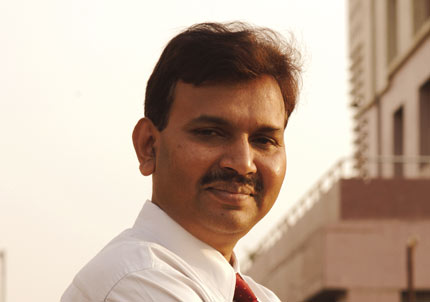