This policy aims at providing uninterrupted and ample insurance coverage. It can be bought online through company's website. It is unique in two ways. One, it restores the sum insured if the cover gets depleted during a policy year. Another is that it doubles the basic sum insured if no claims were made during two consecutive policy years.

What does it do?

Optima Restore offers two unique benefits. First, it restores basic sum insured if insured person exhausts his limit during the policy year. The restored sum insured can be utilized against some other illness not claimed earlier during the policy period. In case of family floater policy, the restored sum can be used by some other person insured under the floater policy. For instance, if a person extinguishes sum insured of Rs 5 lakh during first policy year, the policy reinstates entire sum insured. The individual may claim the reinstated sum insured for some other illness not related to the earlier illness. In case of family floater policy, the reinstated sum insured can be used by some other family member covered under the policy.
Second, this policy provides a no claim bonus at 50 per cent of basic sum insured for each claim-free year. Thus, the sum insured doubles itself in case no claims arise during two consecutive years. Sample this, for a Rs 5 lakh policy, the sum insured becomes Rs 7.5 lakhs in case of a claim-free year and Rs 10 lakhs after second claim-free year. However, in case of a claim, the bonus would be reduced by 50 per cent of sum insured in subsequent year.
This policy covers inpatient hospitalisation expenses. It covers pre and post hospitalisation expenses. Day care procedures which do not require a 24-hour stay in hospital due to technological upgradation and domiciliary treatment wherein, treatment is taken at home on advice of doctor which would otherwise require hospitalisation also falls under its coverage. It also provides emergency ambulance.

Unique benefit is that it restores the sum insured even if it’s completely utilized during a policy year.
There is no cover ceasing age. It offers a life long insurance.
The policy provides a discount of 7.5 per cent on advance payment of 2-year premium.
Family discount of 10 per cent is applicable on including three or more family members under the same policy.
It covers pre and post hospitalisation expenses.
This policy can be purchased online.
Premium paid under this policy qualifies for deduction under section 80D of Income Tax Act.

Sum Insured gets restored only once the full basic sum insured is depleted.
Restored sum insured if not used during the policy period, cannot be carried forward to next policy year.
In case, cumulative bonus has been passed and a claim arises during that year, cumulative bonus would be reduced by 50 per cent in the following year.

The sui generis concept eliminates the usual drawback of inadequate sum insured, to cover other members after one of the member claims insurance, in the policy. No claim bonus of 50 per cent per year, hence doubling the basic sum insured after two such years makes this policy exceptional. Life long renewals adorn this policy further. This product is undoubtedly worthwhile in case of floater policies that include all family members under single policy. However, one must know that it does not cover maternity expenses. As far as premiums are concerned, Policy benefits outweigh the cost.

Additions to the Plan

The underlying data is not available. 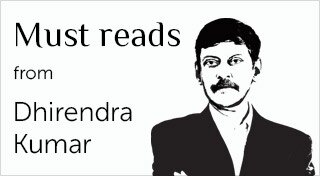 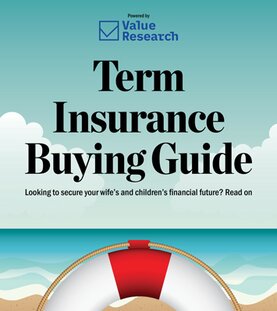 Investing in an insurance plan or mutual fund

When buying term insurance, which pay-out option should I choose?