Harsha Engineers IPO: How good is it? | Value Research https://www.valueresearchonline.com/stories/51521/harsha-engineers-ipo-how-good-is-it/ Read to know if you should invest in India's largest manufacturer of precision-bearing cages 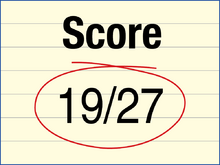 In our previous part of Harsha Engineers IPO story, we read about the key details of the IPO. Here we will answer some questions about Harsha Engineers and evaluate it on parameters like management, financials, valuations, etc.

1) Are the company's earnings before tax more than Rs 50 crore in the last 12 months?
Yes. Harsha Engineers' profit before tax for FY22 was Rs 126.6 crore.

2) Will Harsha Engineers be able to scale up its business?
Yes. The company's overall capacity utilisation in each plant is around just 60 per cent and it's also raising money through this issue to fund the purchase of machinery. Thus, it will be able to scale its business quite easily.

3) Does Harsha Engineers have recognisable brands truly valued by its customers?
Not applicable. Since the company is involved in B2B supply of homogeneous products, the concept does not apply. But the repeat customers usage indicates that the company has good impression among its clients.

5) Does the company have a credible moat?
No. While the company is a leader, it does not possess any moat as there are bigger competitors and bearing companies with in-house manufacturing too.

7) Is the business of the company immune to easy replication by new players?
Yes. Manufacturing bearing cage requires a level of precision and technical expertise. Once bearing manufacturers identify one such company, they rarely switch. So it is very difficult for the new players to get the market share.

9) Are the customers of Harsha Engineers devoid of significant bargaining power?
No. The top five customers not only contribute 71 per cent to the revenue but they also have the power to change the design whenever required and buy at pre-agreed prices.

10) Are the suppliers of Harsha Engineers devoid of significant bargaining power?
No. The top four raw material suppliers account for 44 per cent of total raw materials consumed and the company does not have any long-term contracts with them too.

13) Do the top three managers have more than 15 years of combined leadership at the company?
Yes. The company's chairman and whole-time director Rajendra Shah along with managing director Harish Ranwala (both promoters of the company) have been with the company since its inception in 1986.

15) Is the company free of litigation in court or with the regulator that casts doubts on the management's intention?
Yes. The company doesn't have any material litigation.

17) Is the company free of promoter pledging of its shares?
Yes. The company's shares are free from pledging. Disclaimer: The author may be an applicant in this initial public offering.