Sigachi Industries IPO: Information analysis | Value Research https://www.valueresearchonline.com/stories/49940/sigachi-industries-ipo-information-analysis/ This leading raw material manufacturer in pharmaceuticals is going public through a Rs 125 crore IPO. Should you bid for its shares? This leading raw material manufacturer in pharmaceuticals is going public through a Rs 125 crore IPO. Should you bid for its shares?

By Arul Selvan and Udhayaprakash 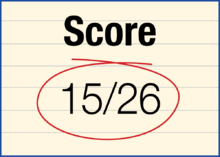 Incorporated in 1989, Sigachi Industries is involved in the business of manufacturing Microcrystalline Cellulose (MCC) which is primarily used as a valuable additive for finished dosages in the pharmaceutical industry. MCC is a non-reactive component that is used to manufacture pharmaceutical products without compromising their medicinal properties. At present, the company manufactures MCC in 59 grades - from 15 microns to 250 microns, which not only has its application in the pharma industry but also in several other industries such as food, nutraceuticals, and cosmetic industries. Sigachi Industries has three manufacturing units in total, two units in Gujarat and one in Hyderabad with a total capacity of 12,588 million ton per annum.

Sigachi Industries has also entered into a contract (June 2023) with Gujarat Alkalis & Chemical Ltd (GACL) for operating the manufacturing units owned by GACL. The company has a strong presence in the international market as they export to more than 41 countries such as Australia, the U.S., the U.K., Poland, Italy, etc. As MCC is a critical raw material for pharma products, none of their manufacturing units were shut down during the pandemic, and their products were categorised as 'essential goods'.

Strengths:
1) Market leader: The company is one of the leading manufacturers of MCC under various grades in India. It also has a strong international presence, exporting to more than 40 countries with 73 per cent of its revenue from exports as of FY2021.
2) Attractive valuation: Post-issue, the company will trade at a P/E of 15 and a P/B of 4.5, which is attractive considering other players in the pharma market.
3) Consistent growth: The company has witnessed strong growth in financials with 22.2 per cent growth in revenue, 18.7 per cent growth in EBITDA, and 26.2 per cent growth in profits from 2019 to 2021.

Weaknesses:
1) Revenue concentration: Around 75 per cent of the company's revenue comes from the pharma industry and around 48 per cent from its top five customers. Any change in the industry or from customers would affect the revenue.
2) Dependence on few suppliers: 66 per cent of total raw materials are sourced from the top five suppliers. Any change in terms of contracts or delay in delivery would affect their production process. They do not have any long-term contracts with suppliers.
3) Huge working capital requirements: The company requires heavy working capital due to its revenue model where it gets revenue only after delivering the product. It has a cash conversion cycle of 88 days. 3) Does the company have recognisable brand/s, truly valued by its customers?
No. The company's products are used as raw materials in various industries. Thus being recognised as a brand in this market is limited.

4) Does the company have high repeat customer usage?
Yes. Even though they do not have any long-term contracts with their customers, they have maintained long-term relationships with many of their customers throughout the years.

5) Does the company have a credible moat?
No. Although the company is a leader in the domestic MCC market, there are other international players who can provide the same product, and the pharma companies themselves can develop the products in-house.

6) Is the company sufficiently robust to major regulatory or geopolitical risks?
No. The company gets around 73 per cent of its revenue, as of FY21, from exports and gets a significant portion of its raw materials through imports, so any change in the geopolitical scenario can affect the business.

7) Is the business of the company immune to easy replication by new players?
No, new entrants have to make sufficient spending on manufacturing units and R&D capacity to produce the product, which would be difficult considering that there are already established players in the market.

11) Is the level of competition the company faces relatively low?
No, the excipient market is filled with both organised and unorganised players both domestically and internationally.

17) Is the company free of promoter pledging of its shares?
Yes, the promoters' shares are free of pledging.

23) Can the company run its business without relying on external funding in the next three years?
Yes, the company has planned to utilise the proceeds from IPO for capacity expansion. They will not be needing any kind of external financing to run their business.

27) Is the stock's price-to-earnings less than its peers' median level?
Not applicable. Although no other listed company is engaged in a similar MCC business, ANG Lifesciences and Windlas Biotech are similar players in end-use pharma products and contract manufacturing. Sigachi would trade at a P/E of 15.1 against the Median 63.7 of the other two companies.

28) Is the stock's price-to-book value less than its peers' median level?
Not applicable. Post-IPO, the company's stock will trade at a P/B of around 4.5, while ANG Lifesciences and Windlas Biotech trade at a P/B of 14.9 and 1.1, respectively.

By Mohammed Ekramul Haque and Sachin Kumar 26-May-2022