SJS Enterprises IPO: Information analysis | Value Research https://www.valueresearchonline.com/stories/49937/sjs-enterprises-ipo-information-analysis/ This is the first decorative aesthetics manufacturer to get listed in India. Find out if you should bid for its shares.

This is the first decorative aesthetics manufacturer to get listed in India. Find out if you should bid for its shares. 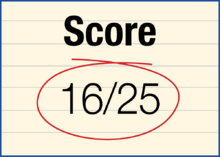 SJS Enterprises (SJS) is a manufacturer of decorative aesthetics. The company is promoted by K.A. Joseph (Managing Director) and Evergraph Holdings (private equity firm). The company's product offerings include automotive stickers (body graphics), logos (3D badges), parts for consumer appliances, instrument-related parts (appliques & dials), and other aesthetic parts including domes, in-mould label/decoration parts, etc. The automotive stickers segment contributed 36 per cent to the FY21 revenue, logos contributed 18 per cent, and consumer appliances parts contributed 16 per cent. SJS also offers a variety of accessories for the two-wheelers' and passenger vehicles' aftermarket under the brand "Transform." The company has also forayed into the chrome-plated, printed, and injected moulded plastic parts segment with its acquisition of Exotech (completed in April 2021).

The company's products find application in the two-wheeler, passenger vehicle, commercial vehicle, consumer appliance, medical devices, farm equipment, and sanitary ware industries. SJS supplied over 115 million parts with more than 6,000 stock-keeping units in FY21 to around 170 customers across 20 countries. In FY21, the company derived 83.9 per cent of its revenue from India, while Europe (7.4 per cent), Asia (4.8 per cent), the USA (1.6 per cent), and other foreign countries (2.2 per cent) made up the rest.

As of March 31, 2021, SJS offered the widest range of aesthetic products in India, according to CRISIL. The Indian aesthetic products industry generated Rs 1,990 crore revenue in FY21 (per CRISIL). It is expected that the industry will grow at a CAGR of approximately 20 per cent to reach Rs 4,920 crore by FY26. This growth will be led by the increasing use by consumers of premium, aesthetically superior, and technologically advanced products. The global aesthetic component industry is also expected to grow, driven by increasing premiumisation and a rise in the adoption of electric vehicles over the next five years.

Strengths
Long-standing customer relationships: As of June 30, 2021, the company's relationship with its ten largest customers (in terms of revenue) averaged approximately 15 years. This is attributable to SJS' collaborative design and product development approach and high product quality. The company typically enters into a customer relationship for a specific product. After demonstrating its quality, it pursues cross-selling opportunities and seeks to expand to other product lines and geographies with the customer. SJS' key customers operate primarily in the two-wheeler (58.0 per cent of FY21 standalone revenue), passenger vehicle (16.6 per cent), and consumer appliance (25.0 per cent) industries.

Strong innovation and product design and development capabilities: SJS has a team of 44 personnel for the new product development (NPD) process, representing about 9 per cent of its total on-roll workforce. This team only works on the NPD process. This has allowed it to develop premium products and diversify its product range. As of March 31, 2021, SJS offered the widest range of aesthetic products in India. Moreover, with its technological and design capabilities, the company has a strong portfolio of advanced technological products, forming a greater portion of its revenue in the coming years.

High competition: The industry is highly competitive, consisting of a few manufacturers with diversified product portfolios across most OEMs. Also, several other enterprises manufacture one or a limited range of aesthetics and are direct suppliers to OEMs and Tier-I suppliers, evidencing the fragmented nature of the industry. Moreover, certain segments within the aesthetic industry (decals, graphics, and logos) are highly commoditised and have low barriers to entry.

Low bargaining power: SJS does not have any firm commitment or long-term supply agreements with its customers and instead relies on purchase orders. The company's business is sensitive to the prices of polyvinyl chloride (PVC), polycarbonate (PC), metalised polyester films, inks, adhesives, and chemicals. It depends on certain suppliers for its raw materials and thus, in the absence of long-term contracts, falls prey to adverse prices. Additionally, the credit period offered by SJS' suppliers is generally lesser than what it usually grants its customers, which typically ranges between 30 and 120 days.

2) Will the company be able to scale up its business?
Yes. The company's capacity utilisation at its Bengaluru and Pune facilities was 44.0 per cent and 52.9 per cent in FY20. Moreover, the company incurred significant capital expenditure to set up its Bengaluru facility in the past few years. This, along with the Bengaluru facility's fungible properties, allows SJS to interchange capacity and product mix based on customer and operational requirements.

3) Does the company have recognisable brands truly valued by its customers?
Not applicable. The company is involved in the B2B supply of decorative aesthetic products. However, it has long-standing relationships with several well-known Indian and global OEMs.

4) Does the company have high repeat customer usage?
Yes. OEMs tend to have extensive and detailed vendor approval processes. Given the time and effort involved in the approval process, OEMs typically do not switch vendors unless there is any specific quality or cost-related issue. The company has long-standing relationships, averaging 15 years, with its ten largest customers.

5) Does the company have a credible moat?
No. Even though the company has maintained an average EBITDA margin and average ROCE of 30.18 per cent and 28.78 per cent, respectively, over FY19-21, high competition and low barriers to entry mean that the company does not have a credible moat. However, OEMs prefer to work with aesthetics suppliers with an established track record and the ability to offer a wide array of products and capabilities. This bodes well for SJS.

6) Is the company sufficiently robust to major regulatory or geopolitical risks?
Yes. The company derives the majority of its revenue (about 84 per cent) from India. Also, the company's products do not involve any safety concerns, unlike other automotive or consumer appliance parts.

7) Is the business of the company immune from easy replication by new players?
No. Certain segments of the aesthetic industry (such as decals, graphics, and logos) are highly commoditised and have low barriers to entry. Even among the advanced technological products, mere innovation does not keep away the competition.

8) Is the company's product able to withstand being easily substituted or outdated?
Yes. The company's products are integral to the industries it serves. For example, consider appliques (or automotive dials). In automobiles, these dials provide information such as fuel level, speedometers, engine temperature, etc. While the form they are displayed in changes, the product itself cannot be substituted.

10) Are the suppliers of the company devoid of significant bargaining power?
No. The company's primary raw materials include plastics, copper, nickel, aluminium, paints, inks, chemicals, adhesives, and plastic polymers. The underlying price of commodities impacts the pricing of these products, and the company is a price taker.

13) Do the top three managers have more than 15 years of combined leadership at the company?
Yes. K.A. Joseph (Managing Director and promoter) is a co-founder of the company.

18) Did the company generate a current and three-year average return on equity of more than 15 per cent and return on capital employed of more than 18 per cent?
Yes, the three-year average (FY19-21) ROE and ROCE stood at 15.2 per cent 28.8 per cent, respectively. The current ROE and ROCE stand at 15.2 per cent and 31.6 per cent, respectively, in FY21.

23) Can the company run its business without relying on external funding in the next three years?
No. While the company relies on internally generated cash for its capital expenditure requirements, it does depend on working capital loans for its day-to-day affairs. As of June 30, 2021, the company had availed a working capital loan of Rs 45 crore, which had not been drawn down as of October 22, 2021. However, the company has undertaken significant capital expenditures in the past few years and does not intend to undertake anymore in the near future.

27) Is the stock's price-to-earnings less than its peers' median level?
Not applicable. There are no listed companies in India that engage in a business similar to that of the company.

28) Is the stock's price-to-book value less than its peers' average level?
Not applicable. There are no listed companies in India that engage in a business similar to that of the company. 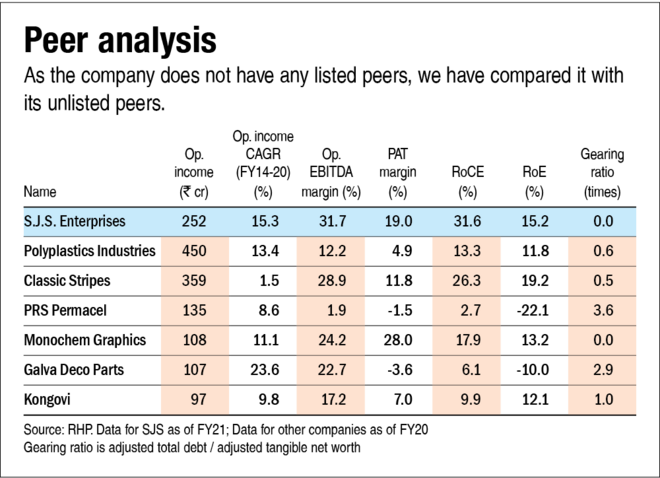