Growing like a rabbit, trading at a turtle's valuation | Value Research https://www.valueresearchonline.com/stories/47840/growing-like-a-rabbit-trading-at-a-turtle-s-valuation/ Here are two mid-cap growth stocks that are trading at reasonable valuations

Growing like a rabbit, trading at a turtle's valuation Identifying stocks that have delivered growth but are trading at reasonable valuations is a stock screening idea popularised by Peter Lynch. Growth at a reasonable price (GARP) strategy helps find companies that show consistent earnings growth but don't sell at high valuations. Using this strategy, Mr Lynch was able to produce a 13-year annualised return of 29.2 per cent.

We delved into the mid-cap space to pick GARP stocks. Our stock screen tool identified the companies that have delivered more than 20 per cent earning per share (EPS) growth in the last quarter, last year and in the last five years on an annualised basis. Yet, their stock currently trades at a price to earnings (PE) of less than 15. And we identified two companies.

Surprisingly, one of them, Manappuram Finance, was also picked up by our filter last time, when we looked for such stocks. Since then, it has run up by around 20 per cent, while the earnings have also caught up, resulting in an even lower PE. Here are the two companies:

Manappuram Finance
Incorporated in 1992, the company is one of the leading gold loan NBFCs. As of December 2019, it had a total AUM of Rs 24,099 crore spreading across gold loans (67 per cent of the total AUM), microfinance (21 per cent), vehicle finance (six per cent), housing finance and others. It has a network of around 4,623 branches across India with a major presence in South India.

To reduce the risk of gold price fluctuation, the company linked its loan-to-value (LTV) ratio with the loan tenure. Under this, the maximum LTV was given to short-term loans. In 2015, Manappuram took various business decisions. It launched an online gold lending business, which now accounts for around 44 per cent of the total gold AUM. In the same year, it also acquired a majority stake in Asirvad Microfinance company to diversify into other financial businesses. In fact, in the last three years till March 2019, the AUM for this business grew rapidly at 57 per cent. It also ventured in 2015, in affordable housing finance and vehicle and equipment finance business. The company's strategy is to leverage its existing branch network, along with brand equity, to grow in these other business segments.

In terms of financials, in the last three years till December 2019, the company's AUM grew by around 18 per cent, while its net interest margin stood at around 11 per cent. The gross NPA for the company on a standalone basis (consisting of gold business) remained at 0.5 per cent as of December 2019, while it varied at around 1.3 per cent for microlending and 4.3 per cent for housing finance. Overall, rising gold prices and stable provisioning led to profit growth of around 24.6 per cent in the last three years till December 2019. However, the company's loan book is exposed to various risks like gold prices, exposure to low-income-group customers, business cycle and others. Recently, to take advantage of global liquidity, the company has raised around Rs 2,100 crore through international markets. Currently, the stock trades at a price-to-book of 2.6, which is above the five-year median of 2.2.

Torrent Power
Involved in the distribution and generation of electricity, it has the total power generation capacity of four GW (including under construction) spread across thermal (77 per cent of total generation in December 2019) and renewable (23 per cent) generating assets. Under the distribution business, it works as a licensee for power distribution in Ahmedabad, Gandhinagar, Surat and Dahej, aggregating to an area of 425 sq km and is allowed by the regulator for post-tax ROE of 14 per cent. It also operates as a franchisee (of the license holder) for power distribution in Bhiwandi and Agra, aggregating to an area of 942 sq km.

The total power production in India accounts for 1,375 billion units and has improved by ~5 per cent in FY19 on the back of various measures by the government like Saubhagya (electricity for all), UDAY Scheme (to improve the financial health and operational efficiency of power distribution companies) and a target to achieve 175 Gw of energy produced through renewable sources. However, mounting receivables by state distribution companies, owing to inadequate improvement in operational parameters, uncertainty in the environment as exhibited by some distribution companies (discoms) to honour existing power purchase agreements (PPAs) and continued dependence on imported coal because of lower domestic output are some key concerns.

In the last three years till December 2019, the company's sales grew by 10 per cent year-on-year, while its profit-before-tax (it got one-time tax credit on MAT reduction) grew by 42 per cent on the back of a lower base and decreased interest outgo. At the same time, the debt-to-equity decreased to 1.08x in March 2019 as against 1.32x in March 2016. During FY20 till December 2019, the company pre-paid Rs 1,000 crore of outstanding debt, which would further reduce interest outgo. The stock is up by 26 per cent in the last one year and currently trades at a price-to-earnings of 10 compared to its five-year median PE of 13.3. 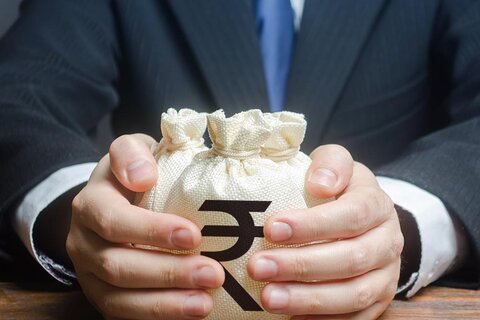 If you are comfortable with the sharp ups and downs in the market and don't have meaningful accumulation, you can well have 100 per cent allocation in equity, says Dhirendra Kumar

Markets may go up, or go down. But investors must follow the same old advice