How to calculate your retirement corpus The subject of retirement planning draws extreme reactions from folks in India. At one end of the spectrum, there are 22-year-olds just into their first job asking if they can retire at 45, now that they've started an SIP of Rs 5,000. They are clearly underestimating the amount of savings, discipline and planning they will need to build a retirement corpus that can fund a retired life that is likely to last as long as their working life.

At the other extreme, there are folks in their 40s or 50s who have received such a scare from the humongous targets thrown up by online retirement calculators that they've given up all hope of ever retiring and are simply praying that an early death will solve their problem!

Given India's rising longevity, high inflation rate and lack of any form of social security for retirees, building an adequate retirement corpus is absolutely necessary during your working years. Yet most folks get stuck at the very first step in this exercise - estimating how much they will need for a comfortable retirement.

Online retirement calculators can throw up widely divergent sums depending on inbuilt assumptions of long-term inflation rate, longevity, one's pre- and post-retirement lifestyle and the likely returns one can earn post retirement.

So, here's our attempt to arrive at an answer to the all-important question on retirement - how much money do you need to retire?

Taking a shortcut
Conventional financial calculators use multiple data points and assumptions to arrive at your target retirement corpus. They usually start with your current age and post-tax income and estimate likely growth in that income. They then arrive at your likely expenses pre and post retirement by applying a certain percentage to your income, based on your lifestyle choices. They input an assumed inflation rate and return on your investments, both during your working and post-retirement years, to arrive at a target corpus that will see you through retirement.

But there's a simpler method for arriving at your retirement corpus that cuts out a few of the above steps. It involves just four variables - your current expenses, the likely inflation rate, your likely longevity and the likely post-tax return on your investments post retirement.

A typical case
Let's take the case of Alyssa, a 25-year old professional. Instead of worrying about her income and savings, let's start off straightaway with her current expenditure, which is about Rs 6 lakh a year (Rs 50,000 a month). To estimate what kind of corpus she would need to retire, we need to first get at her likely spending when she turns 60 after accounting for inflation.

Value Research is currently using a 6 per cent inflation rate assumption on such calculations for two reasons. One, 6 per cent is the upper limit of the consumer-price inflation set by RBI's inflation-targeting framework, which seeks to contain inflation within the bounds of 4 to 6 per cent. If the rate shoots up over this, RBI is likely to peg up its interest rates so that inflation falls within this band. Two, 6 per cent is also the mid-way point between the current ultra-low inflation rate of 4 per cent prevailing in India and the 8 per cent rate it has averaged over the past decade.

Applying a 6 per cent inflation to Alyssa's current expenses of Rs 6 lakh for the next 35 years, we find that she will need Rs 46.11 lakh a year by the time she turns 60 to maintain her current lifestyle. That may look like a mind-boggling number, but you must remember that at 6 per cent a year, inflation roughly doubles your expenses every 12 years.

Before we go about calculating her actual retirement target, let us say, hypothetically, that Alyssa has saved Rs 2 crore towards retirement. Many folks would think that's a very good number, but it isn't.

In her very first year after retiring, with no income, Alyssa would have to withdraw Rs 48.8 lakh from her nest egg to meet her expenses (Rs 46.1 lakh plus 6 per cent inflation). At the end of year one, she would thus have Rs 1.51 crore left. Assuming she invests this at a 7 per cent return, it would inch up to Rs 1.62 crore by year-end. But in year two, she would find that her withdrawals are now Rs 51.8 lakh (Rs 48.8 lakh plus inflation) leaving her with just Rs 1.09 crore at the end of the year. Investing this at 7 per cent will again take her to a kitty of Rs 1.17 crore by end of year 3, but then her expenses by now have ballooned to Rs 54.9 lakh!

The above numbers clearly tell us that, with a Rs 2 crore corpus, Alyssa will end up withdrawing more money than she earns by way of returns right from the first year of retirement. Continuing in this vein, she will run out of money barely four years after retirement.

Therefore, the key to arriving at an adequate retirement corpus for Alyssa is to make sure that her residual retirement corpus at the end of each year generates more than enough return to compensate for her inflating living expenses. This calculation should also factor in Alyssa's longevity, as the longer she lives the more the withdrawals she would have to make from her retirement kitty. Assuming that Alyssa lives until 90, she would need to fund 30 years of retired life from the passive income generated by her retirement corpus.

Now, using the what-if Excel function, it is possible to arrive at a starting retirement corpus for Alyssa so that, even after withdrawing increasing sums from it each year based on inflation, she doesn't run out of money until she turns 90. Staying with the 6 per cent inflation rate and assuming a 7 per cent post-tax return for Alyssa after retirement, she would need about Rs 12.5 crore for a comfortable retirement if she lives until 90. That amounts to 27 times her annual expenses at 60.

Assumptions matter
The target corpus for Alyssa will clearly vary depending on what inflation, longevity and investment return assumptions we use. In Alyssa's case, if we bump up that inflation rate to 7 per cent while her returns remain at 7 per cent, her target corpus shoots up to Rs 19.9 crore. That would be 31 times her annual expenses at 60. If Alyssa sticks to the most conservative investment and earns only a 5.5 per cent return after retiring, at a 6 per cent inflation, she would need Rs 15.2 crore, about 32 times her expenses. If she lives to 99 instead of 90, she would need Rs 15.7 crore to retire, or 33 times her annual expenses.

In short, the assumptions used make the estimation of one's retirement corpus an inexact science. Having set your target, you may have to make tweaks along the way if your real-life experience varies from your assumptions.

But then, working out a rough retirement target and starting on your investments as early as you can is far more critical to retiring comfortably than trying to get your target correct to the last decimal. So if you haven't yet made a start on your retirement planning, estimate your current expenses. Apply a 6 per cent inflation rate to it for the years you are left until retirement. Multiply the result by 25-27 times and that's a target corpus you can work with. 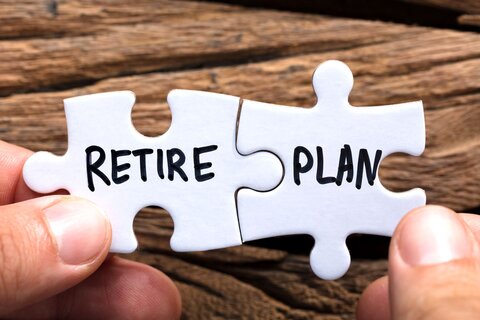 What should be the investment strategy for a person retiring after 10 years?

Wondering what should be your investment strategy 10 years before retirement? Here is what Dhirendra Kumar suggests 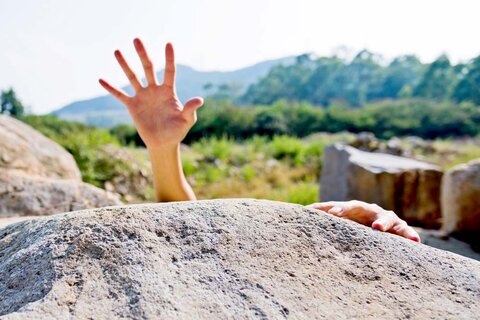 How to rescue your retirement

(Almost) everything you know about retirement savings is (almost) wrong 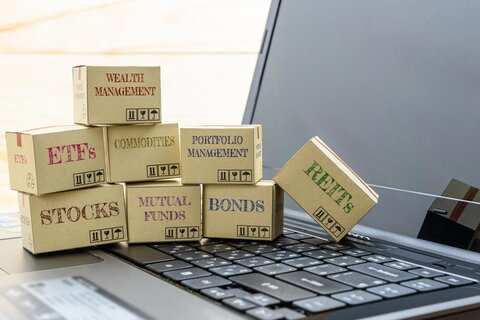