Do you give acceleration in earnings growth the importance it deserves? | Value Research https://www.valueresearchonline.com/stories/46994/do-you-give-acceleration-in-earnings-growth-the-importance-it-deserves/ Know why investors should look for an acceleration in the growth rate of earnings while picking up stocks

Do you give acceleration in earnings growth the importance it deserves? 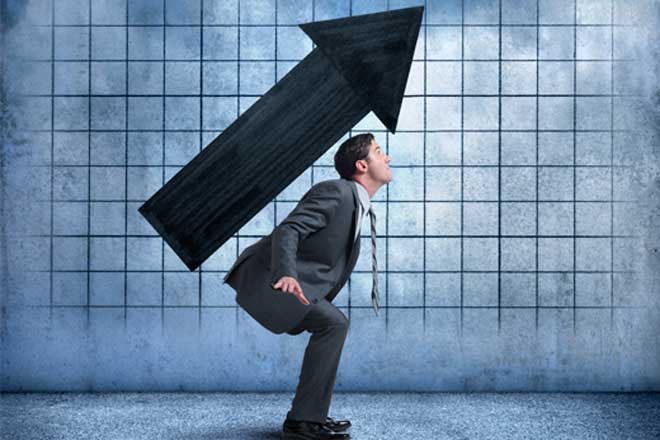 Given these, we decided to run the following filters:
Market cap above Rs 500 crore
Rate of earnings growth consistently increasing for the last three years
Current PE at or below three-year median PE

The company has significantly increased its capacity in the last five years, with gross block increasing at a five-year CAGR of 19 per cent. It has a capex of Rs 271 crore this year and has guided a capex of Rs 265 crore next year. It intends to have a licensed capacity of 7,00,000 metric tonnes (mt). However, the company faces some risks like political and regulatory changes in countries outside India where it has manufacturing facilities and an increase in raw material prices, such as ammonium nitrate.

In terms of its financials, the company's current order book stands at Rs 1146 crore, while earnings and sales have increased at a five-year CAGR of 17 and 15 per cent, respectively. Even with debt increasing 26 per cent over the last year, the current debt/equity is 0.52x.

Sterlite Technologies
Capitalising on the prevailing digital revolution across the value chain for data networks, it is involved in the design and deployment of high-capacity, converged fibre and wireless networks. It is a one-of-its-kind company in the world, as its expertise spans from silicon (a raw material used for fibre manufacturing) to system integration (the process of laying the transmission network) to software solutions (for managing the network).

The company commands a pole position in India (45 per cent market share) and is on course to be the third biggest player globally in the fibre optics industry. Its clientele boasts eight of the top 10 global telecom companies. However, its share price has dropped, owing to its high pledge of promoter stake. The promoter group raised their pledge from 37 per cent of their shareholding to 97 per cent in September 2018 to fund the delisting plan from the London Stock Exchange. Nevertheless, promoters have recently informed the stock exchanges that they have removed the entire pledge.

Besides, any downside in global prices of optical fibre and cables, an escalation in the prices of raw materials (copper and crude derivatives), technology changes resulting in cheaper substitutes and telecom operators currently under stress (which make up around 22 per cent of their clientele) are some challenges to the company.

When it comes to its financials, its revenue jumped 111 per cent in Q4 FY19 as compared to Q4 FY18. However, its services business - a lower margin business - contributed 52 per cent to its total sales and hence, the company has guided for a range of operating margin between 18-20 per cent as compared to 22-26 per cent witnessed in the past. Its order book has more than doubled to Rs 10,516 crore.

Muthoot capital services
Established in 1994, it is an automobile finance company providing retail auto loans, such as two-wheeler loans, used car loans, to name a few. Besides, its portfolio includes consumer durable loans, corporate loans and investment products, such as fixed deposits.

The company's business is concentrated in the south; however, it has been expanding aggressively in the North and the East and the share of the revenue outside South India has increased to 24 per cent currently from 13 per cent in 2018. Even during the slowdown in the automobile sector, the company was able to make disbursements to the tune of Rs 2,135 crore in FY19 - registering an eight per cent increase year-on-year.

Despite several headwinds faced by the NBFCs, Muthoot Capital was able to decrease its overall borrowing cost to 9.6 per cent in FY19 from 9.8 per cent in FY18. However, there was a 29 per cent increase in NPAs during the same period. The company may be currently trading under its three-year median PE; however, it is trading at a Price/book of 2.57 times.