Going against the tide! Will Prashant Jain succeed? 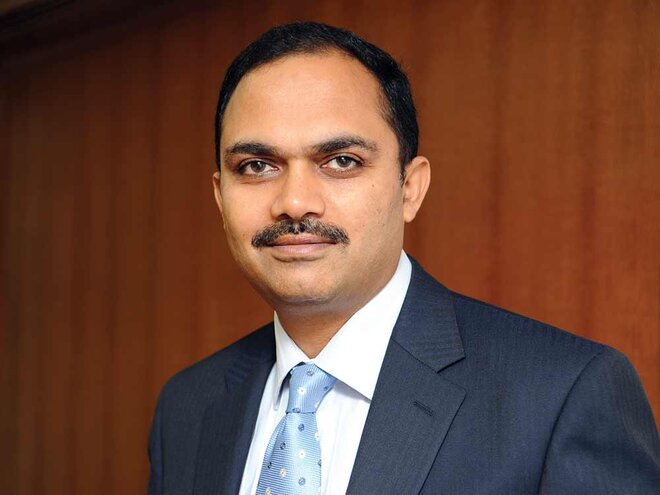 Prashant Jain of HDFC Mutual Fund is a star fund manager and has to his credit best 20-year track record in the mutual fund industry. He has a history of being ahead of the markets and has been able to do it by positioning his funds for the next cycle and protecting from hot sectors. Jain is known for his contrarian calls and his rather conservative stance. He currently manages four funds (HDFC Top 100, HDFC Equity, HDFC Hybrid Debt and HDFC Balanced Advantage) with a combined AUM of more than Rs 60,000 crore. We tracked his last three months moves and here is what we found:

Top 5 Buys
Prashant Jain's love for PSU (Public Sector Undertakings) continues as he deployed majority of new cash to government-owned companies in the last three months. Jain is known for his bet on public sector banks too at a time when the market was going overboard with the private lenders.

Taking ever larger bets
These are the companies where he raised his stake the most, again the bullishness on government owned companies is evident with four out of five companies being PSUs.

Party is over: Two companies that were completely sold

He exited Jaiprakash Power Ventures and ITD Cementation completely in the past three months.

1) JP Power Ventures, which is involved in thermal and hydroelectric power production is undergoing a bankruptcy process under Insolvency & Bankruptcy Code. Prashant Jain added this company to his portfolio in April 2011 and kept on increasing the stake at an average price of Rs 68.7 till Sep'13. By then he held little over than two per cent of the company and it seemed that the fund manager was confident of the power sector turnaround. However, the sun never shone again for JP Power. Buried under high debt and power sector woes, its market value corrected by more than 80 per cent during 2013-2018. Jain exited the company completely by October 2018 with combined losses amounting to roughly Rs 350 crore.

2) ITD Cementation is a construction and civil engineering company involved in construction of range of structures like airports, TS (mass rapid transport systems), ports amongst others. The company operates under three business segments; Urban Infra Projects (50 per cent of order book), Marine Infrastructure (31 per cent) and Hydro Irrigation and Tunneling Project (15 per cent). Jain first made position in this company in 2014 and raised his stakes in 2015 and 2016. By then he held about three per cent of the company and stock had nearly doubled in two years. Given that the stock has had such a run, he started trimming his position in 2017 and exited completely by November 2018 with decent gains.

The Curious Case of Simplex Infra

While analysing Prashant Jain's portfolio since 2009, we came across a company named Simplex Infrastructure, which provides construction services for varied sectors in India. What's interesting about this finding is that it is the only company in Jain's portfolio that has not seen a stake reduction even once since 2009. He added this company back in Aug 2009 and has gradually raised his stake to 8 per cent in the company. In the last 10 years, the share price of Simplex has been through a roller coaster ride. From a high of Rs 550 in 2009, it crashed to a low of Rs 40 in 2013. Their upon the price recovered and made a new high at Rs 600 in Jan'18, only to crash again to Rs 140 by Jan'19. Due to this volatile stock price movement, Jain currently faces an unrealised loss amounting to roughly Rs 75-80 crore.