Tale of two hot small caps | Value Research https://www.valueresearchonline.com/stories/46535/tale-of-two-hot-small-caps Financials can narrate a company's entire story, if only one cares to dig deep. We applied some very tough filters to look for gems amongst the small-cap universe and we found some interesting things about these two companies

Financials can narrate a company's entire story, if only one cares to dig deep. We applied some very tough filters to look for gems amongst the small-cap universe and we found some interesting things about these two companies 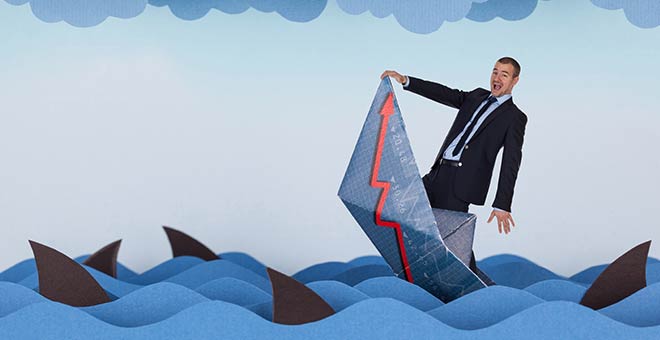 Small cap stocks are not for the faint-hearted. Small cap stocks are evidently riskier than the large-cap ones, simply because they lack scale and muscle to weather storms. But serious wealth can be created if one catches a company that's on its way to becoming a behemoth. Imagine catching Infosys at the time it went public in the '90s! Investing in a small-cap can be very rewarding for investors, especially if it is growing at a healthy pace and has a good management. Smaller companies can easily grow sales, profits and ROE at a healthy clip, even if the equity base rises. Given that the small-cap stocks have taken a serious beating in 2018, we decided to sift through companies that have reported sales and profit growth over 20 per cent and consistent ROE of 15 per cent or more in the past three years.

While growth was a key factor, we were careful to weed out companies that bought growth at the expense of margins. Companies with strong balance sheets and negligible debt can weather bad times compared to companies that are highly levered. It is for this reason that we only looked at companies with a debt/equity ratio of less than one.

We also excluded companies where promoters had pledged a large percentage of their holdings, given the aversion investors have for such companies. In good times companies are able to raise debt by pledging shares, but the recent example of Zee Entertainment shows that liquidity crunch faced by promoters can trigger a sell-off in these stocks. After applying numerous filters, we found only two companies that made the cut. One happens to be an auto ancillary and the other one's a pharma company. Both have given exceptional investor returns in the past, but as we put it under the magnifying glass, here's what we found:

Minda Industries (MIL): Headquartered in Manesar (Haryana), the company is a diversified manufacturer and supplier of auto ancillary products in India. The company is India's leading supplier of switches, lighting systems and alloy wheels and second largest supplier of horns globally. In FY18, switches, lamps and horns contributed roughly 75 per cent to the total revenue. As of March 2018, Minda derived almost 81 per cent of its revenue from the domestic market and the division in between four wheelers (56 per cent) and two wheelers (44 per cent), stood almost comparable to each other.

The company has had a history of acquiring technical expertise by growing through joint ventures (in 2018 agreement with TTE, Taiwan for ADAS, SENSATA tech, USA for sensors) and acquisitions (in 2016: Rinder, Spain for LED lights; 2013: Clarton, Spain for horns). Going forward, Minda is geared to take advantage of changing automobile safety and environmental regulations in India and is also venturing into products that are up the value chain -- like infotainment systems, airbags, advanced driver-assistance systems (ADAS), carbon canisters and sensors and controllers. For more than three years, the company has been consolidating its various businesses and this has had a significant impact on the top and the bottom-line. As of March 2018, the company recorded the three-year sales and PAT growth at 26 per cent and 73 per cent, respectively. During the same time the operating margins and RoE consistently improved. The company in its recent investor call indicated that while it wants to grow at double the industry's rate, it will go for a sustained growth and not exceed debt levels to more than 1x.

MIL is setting up an R&D facility in Pune (India), to focus on auto electronics, but it still relies heavily on joint ventures and inorganic growth for gaining technical expertise. Slowing auto sales is another pain point. The incumbent auto companies are facing the challenge of electrification too, but MILs' products are shielded from this change. MIL currently trades at a PE of 22.5x against a five-year median PE of 24.9x.

Caplin Point Laboratories (CPL): CPL sells ointments, injections and generic pills in the semi-regulated Central American and African markets (82 per cent of FY18 revenue). The company forayed into the tougher and unknown Central American markets in early years, which now accounts for majority of its revenues. CPL recently ventured into sterile injectable market and received approval from the US FDA in 2017 for its sterile liquid injectables factory in Tamil Nadu (India). Sterile injectables are a form of medicine delivery mechanism, which may be used over and above the conventional solid (Capsule, tablet etc) delivery. As per Piramal Pharma solutions, the global sterile injectables market is pegged at $330 billion with a majority of that market being in the USA. As per the FY18 annual report, CPL has started delivery of injectables in the US market through its partners. Going ahead, it plans to meet supply shortfall of sterile injectables in the regulated markets of US, Europe and Russia.

CPL has two manufacturing facilities in Tamil Nadu (India), but majority of its sourcing comes from outsourced medicines from China. It has tied up with large Chinese manufacturers and also set up a quality control lab in Shijiazhuang (China). What has worked for the company is its early move in Latin American markets, as these markets were too small for big pharma players and too risky for smaller ones. CPL has performed fairly well in the past with the FY18 ending three-year sales growing at 29 per cent and profits at 52 per cent, along with an improving operating margins.

All these factors should make this small cap firm an investors dream company, but on a little digging we found out that not a single mutual fund has an ownership of more than 1 per cent. What's even more surprising is that despite the challenges faced by the pharma sector in the recent years, CPL has not faced even a single unprofitable year in the past 15 years. Its trade receivables increased drastically to Rs 148 crore in September 2018 as compared to Rs 75 crore a year ago, without any meaningful increase in short-term borrowings. At the same time the current investments have also increased. In line with an increase in trade receivables, sales have increased, but the cash realization has been poor. It seems that the company is booking profits without realizing them. Opaqueness around the business practices in semi-regulated markets of Central America along with questions around financials are key concerns for investors. CPL currently trades at a PE of 16.8x as against five year PE of 31.7x.