Four stocks that Ben Graham would buy in today's market | Value Research https://www.valueresearchonline.com/stories/46519/four-stocks-that-ben-graham-would-buy-in-today-s-market/ Value investors should add quality companies during temporary crisis, when they quote below their intrinsic worth, as advocated by Ben Graham

Four stocks that Ben Graham would buy in today's market Value investors should add quality companies during temporary crisis, when they quote below their intrinsic worth, as advocated by Ben Graham 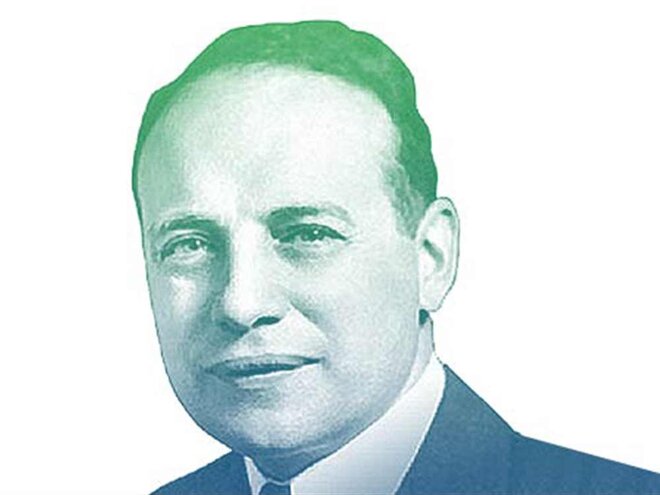 Ben Graham, the father of value investing and Warren Buffet's mentor, needs no introduction. Anyone who has read Graham's Intelligent Investor would know that he was always on the lookout for companies that were trading far below the underlying value of their assets. Given that Indian stocks have corrected sharply over the last 12 months, we wondered what stocks would Ben Graham have picked in India at present?

Anyone who's read Graham would know that he would dig deep into financial statements and buy a company only when it was trading far below its intrinsic value. Intrinsic value tells about the real worth of the company and when you invest at that level then it gives a margin of safety. But arriving at a company's intrinsic worth isn't easy. We applied some time-tested metrics to arrive at the fair value. We tried to replicate his approach by applying quantitative filters, which are based on his approach. However, we tweaked them slightly to make them more relevant in today's world. We used median return on equity (RoE) instead of average RoE to eliminate companies with seasonally high RoEs, since average can be misleading in those cases. We also used operating income excluding other income instead of operating income for calculating earnings yield. This eliminated the companies that are dependent on the other sources of income rather than core operations. We also applied an additional filter to eliminate companies with falling operating margins, which ensured that the sample we were looking at were not giving up margins or bargaining power to chase growth.

We observed that companies that matched the criteria are all going through rough phase at present, which also resulted in price correction in the stock. This also justifies the Graham`s approach of buying companies when they are available at a bargain and hold them for long-term until market realizes their real worth. Following is the brief description of companies that matched the criteria:

KSE
KSE is one of the largest manufacturers of compound cattle feed in India, with a concentrated presence in Kerala. It operates in three segments: 1) Cattle feed manufacturing (78% of revenues), 2) oil cake division in which it extracts oil from coconut (20% of revenues) and dairy division that procures and processes milk (2%). Recently, it has also commissioned a new feed plant in Karnataka, which will provide it with further growth opportunities. In last five years, its revenues have grown by 10%, while its profits have grown by 43% during the same period on the back of improvement in operating margins. Its concentration towards Kerala and dependency of cattle feed sales on milk prices are a major concern. Further, rising diesel prices, volatile raw material costs can depress its operating margins. KSE has managed to compound its investors wealth at a rate of more than 54% in last five years even though its stock price has fallen by more than 30% in last one year.

Ambika Cotton Mills
This Coimbatore-based company was incorporated in 1988, Ambika Cotton Mills is the manufacturer of premium quality yarn, which is used by many top quality shirt manufacturers around the world. It also operates wind energy farms, which contributes five per cent to its revenues. It has four manufacturing facilities with total spindle capacity of 1,08,288 of Compacting System. Its RoE has consistently fallen from a high of 20% in FY14 to 15.2% in FY18. Its operating margins have also been under pressure. Against an 8% increase in revenues, its earnings per share have increased by 11% in last five years. It has compounded its investors wealth at the rate of 32% in last five years after accounting for 22% fall in last 1 year.

Thirumalai Chemicals
Incorporated in 1972, Thirumalai is the second largest manufacturer of Phthalic anhydride (PAN) in India. PAN is primarily used in the production of plasticizers, plastic pipes and paints. It also manufactures aleic anhydride, diethyl phthalate, and food acids which are primarily used in animal feed, cosmetics and food and beverage. It has shown a tremendous turnaround in its operations in last five years with its EPS increasing at a rate of 47% against negative growth of around 1% in sales. Its operating margins have risen from a low of 2.8% in December 2014 to 22.5% in September 2018, which makes it a perfect example of a turnaround. Recently, in the December quarter it witnessed a steep decline in profitability and operating margins on the back of higher raw material costs. Its dependency on crude, which is a key raw material, is hurting its margins. Slowdown in demand has also forced it to cut down its production. Its stock has also corrected by more than 50% in the last one year, while still compounding its investors wealth at a rate of 58% in last five years.

Maithan Alloys
Incorporated in 1985, Maithan alloys is the lowest cost and largest manganese alloy manufacturer in India. It manufactures and exports ferro-manganese, silico-manganese, ferro silicon. Its products are primarily used in steel manufacturing. For instance, 10-15 kilograms of ferro-alloys are required for producing a tonne of steel. Its domestic and international business both constitutes around 50% to its revenues. Its domestic customer base includes marquee clients like SAIL, JSW, JSPL and JSL. All its domestic clients have been its customers for over seven years, which indicates long-term relationships and customer stickiness. It is highly dependent on steel industry, which is cyclical in nature. Concerns over potential slowdown in steel demand due to trade war, Brexit and volatile crude oil prices has sent its stock price southwards by 59% in last one year. Its revenues have also grown by just 13 per cent in last one year, against three year compounded growth of 31 percent in revenues. Still, it has managed to compound its shareholders wealth at the rate of 67% in last 5 years.