We use screens to generate ideas 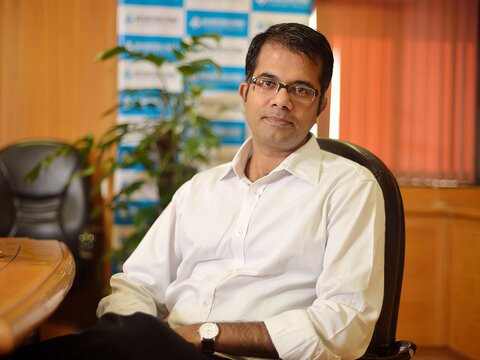 What is your investment universe?
As per the offer document (OD), we need to maintain a minimum of 50 per cent in small-caps and a minimum of 30 per cent in mid-caps (the maximum for both these categories are 70 per cent and 40 per cent, respectively). According to our internal definition and the one prescribed in the OD, the top 100 stocks in terms of market cap rank form the large-cap universe, the next 300 form the mid-cap universe and everything else is small-cap. So, in effect, the entire universe qualifies for investment subject to the above constraints. Practically speaking, the investment universe is restricted to what we can buy within some reasonable liquidity parameters.

What attributes should a stock have for it to become a part of your portfolio?
We look at five variables when selecting a stock and they are - competitive advantage, return on capital, growth, management and valuation. While you may ideally want all of these to be in your favour, they typically never are and hence, you've got to figure out the relative intensity of each of these factors and get an overall picture. We do not run quant models, but use screens to generate ideas. Qualitative research commands prominence though, because, more often than not, we are betting on managements to execute and deliver.

What kind of stocks never enter your portfolio?
We tend to be hung up on corporate governance. Otherwise, nothing in particular matters.

What will you attribute the relatively superior performance of your fund to in recent years?
The top 5 return attributors on the SBI Small & Midcap Fund, for the last 3 years, have been Graphite India, Manpasand Beverages, RK Forgings, Relaxo Footwear and Avanti Feeds. Except for Manpasand and Relaxo, the other ideas were largely based on valuation. We got plain lucky on Graphite: our thesis was largely capital protection based on a strong balance sheet, an oligopolistic sector globally (getting further consolidated) and absolute valuations. From out of the blue, graphite electrode prices have hit the roof and the company is seeing a cash flow bonanza and the same is being reflected in the stock price. Manpasand was a bet largely on the promoter and his track record. RK Forgings was cheap and at an attractive point in the cycle. Relaxo fit extremely well with our basic framework on competitive advantage, return on capital, growth and management, though the stock, we thought, then, was a tad expensive. Avanti Feeds had strong competitive advantages (rare in a small cap stock) and was trading at very low single-digit multiples.

Is there any tactical miss you regret (for instance, not owning a stock or not owning enough of it)?
The fund has done way better than our most optimistic expectation. Most regrets are around having sold off earlier but that's only in hindsight because we had replaced them with seemingly better ideas. Errors of omission are huge and that's something we need to work on, as a team.